Fat Tuesday (the translation of Mardi Gras) gets celebrated all over the world, and it’s no different in Ashburton, where the arts centre is planning music, arts and even a parade to mark the date. 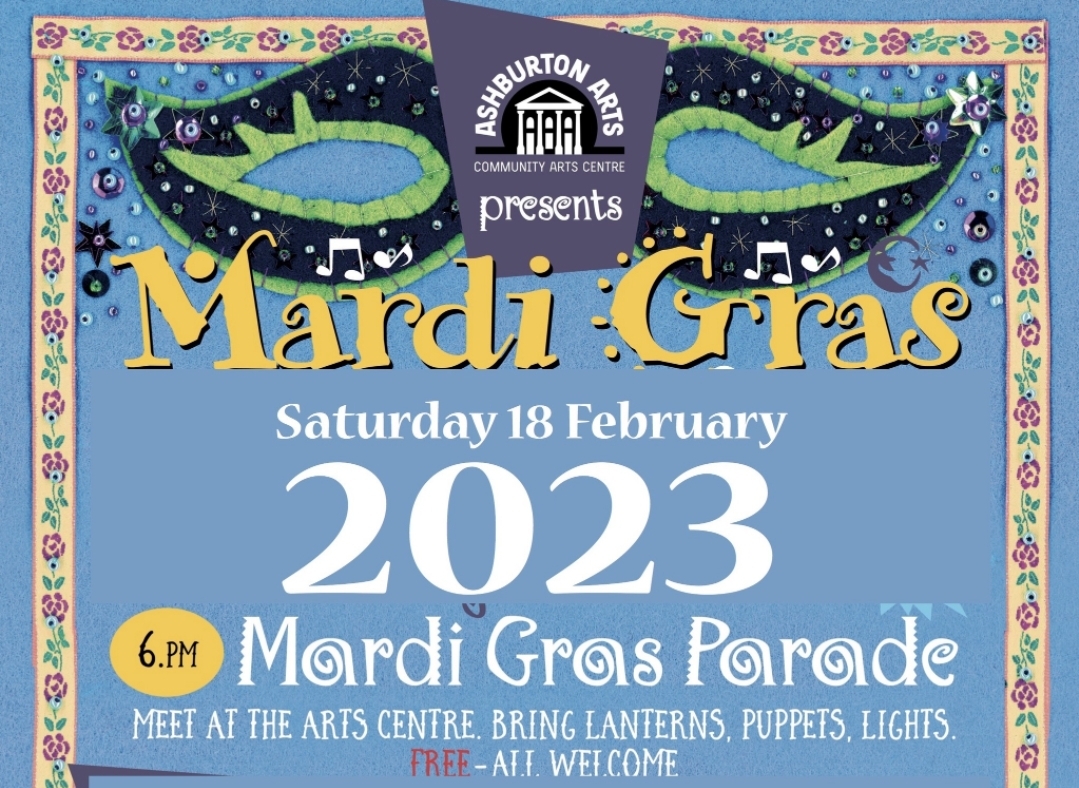 In the UK, we call the day Shrove Tuesday – falling on 21 February this year – but it means the same around the world: it’s the beginning of Lent – a period of fasting before Easter.

It’s Fat Tuesday (or Pancake Day) because everyone’s trying to use up food ingredients before Lent arrives.

Carnival and parading built up around the date as people indulged in the foods and behaviours they were about to leave behind during Lent. The word carnival is derived from the Latin ‘to remove meat’.

One of the most famous places that celebrates Fat Tuesday with parades is the USA city of New Orleans, the birthplace of jazz and blues.

So on the weekend leading up to Fat Tuesday, Ashburton is going to join in the fun with a Mardi Gras Fiesta including a parade and some appropriate (and funky) music.

The parade will begin gathering outside Ashburton Arts Centre on West Street from 6pm on Saturday 18 February, before moving off at 6.30pm. Taunton’s Big Noise Street band, the art centre’s own street band and illuminated puppets made by half-term holiday crafters will be involved.

Then, after the parade around the town, the live music kicks off with a packed bill of entertainment.

New Orleans piano is known for its intricate flourishes over funky rhythms and Diz Watson is one of Britain’s best keysmen at this style.

In between the boogie-woogie, half a dozen performers aged 15-18 from a South London youth project twinned with Shallowcross farm near Widecombe will take to the stage for some spoken word and hiphop.

The Mardi Gras fiesta gig happens on Saturday 18 February. Doors open at 7pm and the show starts at 7.30pm.

For more details about the show and the Mardi Gras mayhem happening in the town, and to buy tickets, visit:
https://www.wegottickets.com/event/568715

Police at scene of incident in Torquay

Armed police remain at scene of incident in Torquay

Armed police remain at scene of incident in Torquay