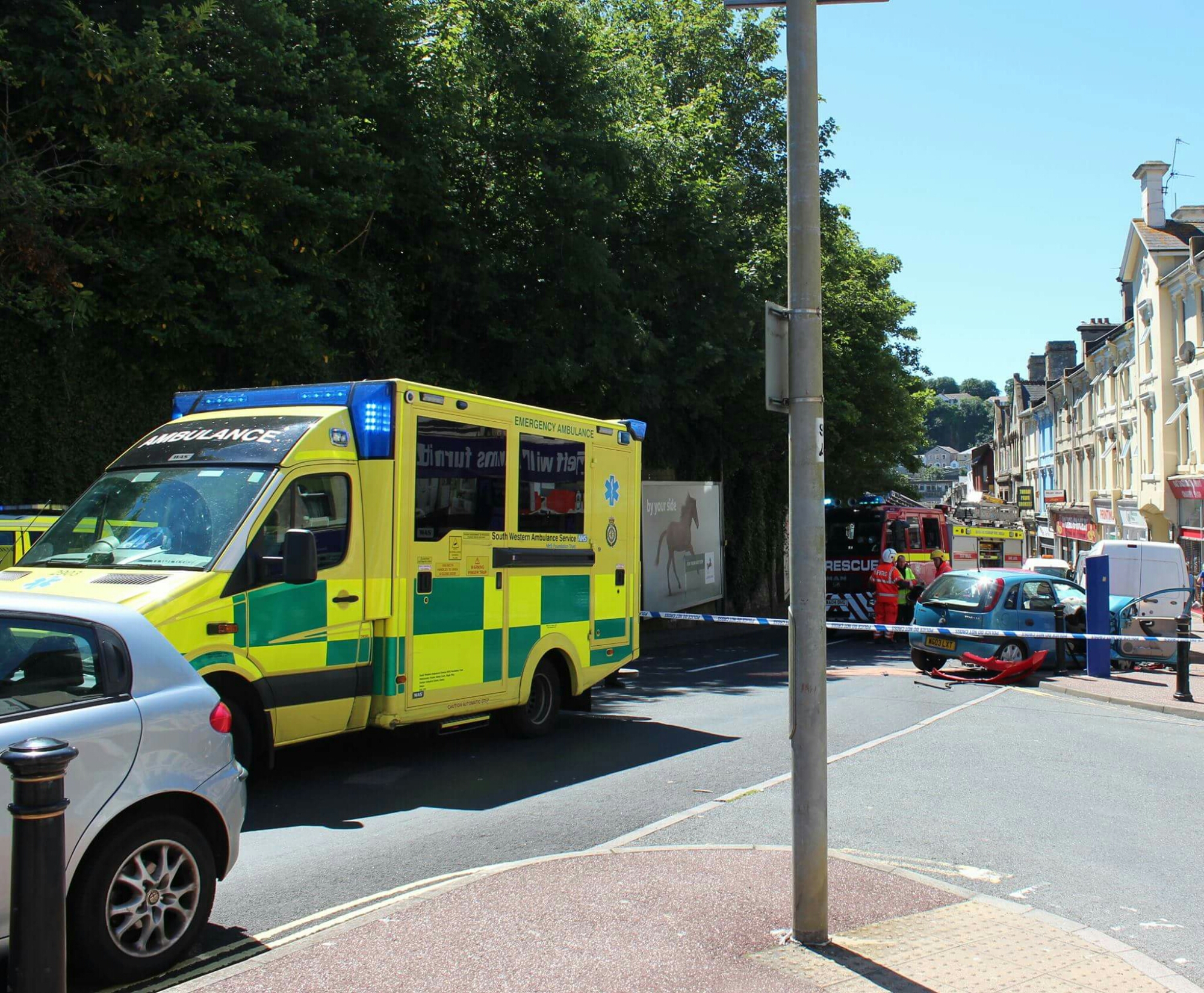 Police, fire and the ambulance service attended the collision.

Members of the public are believed to have helped with first aid prior to the arrival of the emergency services.

At least one person has been taken to hospital,  people who were at the scene have said a man was very seriously injured in the collision.

Market Street in #Torquay is closed due to a serious collision. Drivers are advised to avoid the area as it will be closed for some time.

Police remain at the scene and have said the road is expected to he closed for at least a few more hours.

Traffic is being diverted.

#Torbay-Market Street, Torquay closed due RTC, Diversion on 34 route via St Marychurch Rd in both directions. Sorry for any inconvenience.

Updates as we get them.

For more local news go to our home page or you can join us over on Facebook or Twitter.