Maxine, who works at the Newton Abbot Tesco store, joined the others to dance a relay for more than 30 hours during the epic conclusion of the supermarket chain’s biggest-ever fundraising campaign, Dance Beats.

The world record feat complemented a weekend of dance marathon events in thousands of Tesco stores across the country – all part of a huge nationwide effort to raise millions of pounds to support the life-changing work of Cancer Research UK, The British Heart Foundation and Diabetes UK.

Maxine Hobson used to work as a professional dancer, working in places such as Japan and on cruise ships. She had danced since the age of three, but her career came to abrupt end in 1998 when she got a neurological illness called Guillain-Barre Syndrome, paralysing her from the neck down.

Plucky Maxine fought for 12 months to regain her mobility, making a 95 per cent recovery and going on to dance again professionally in 2003. 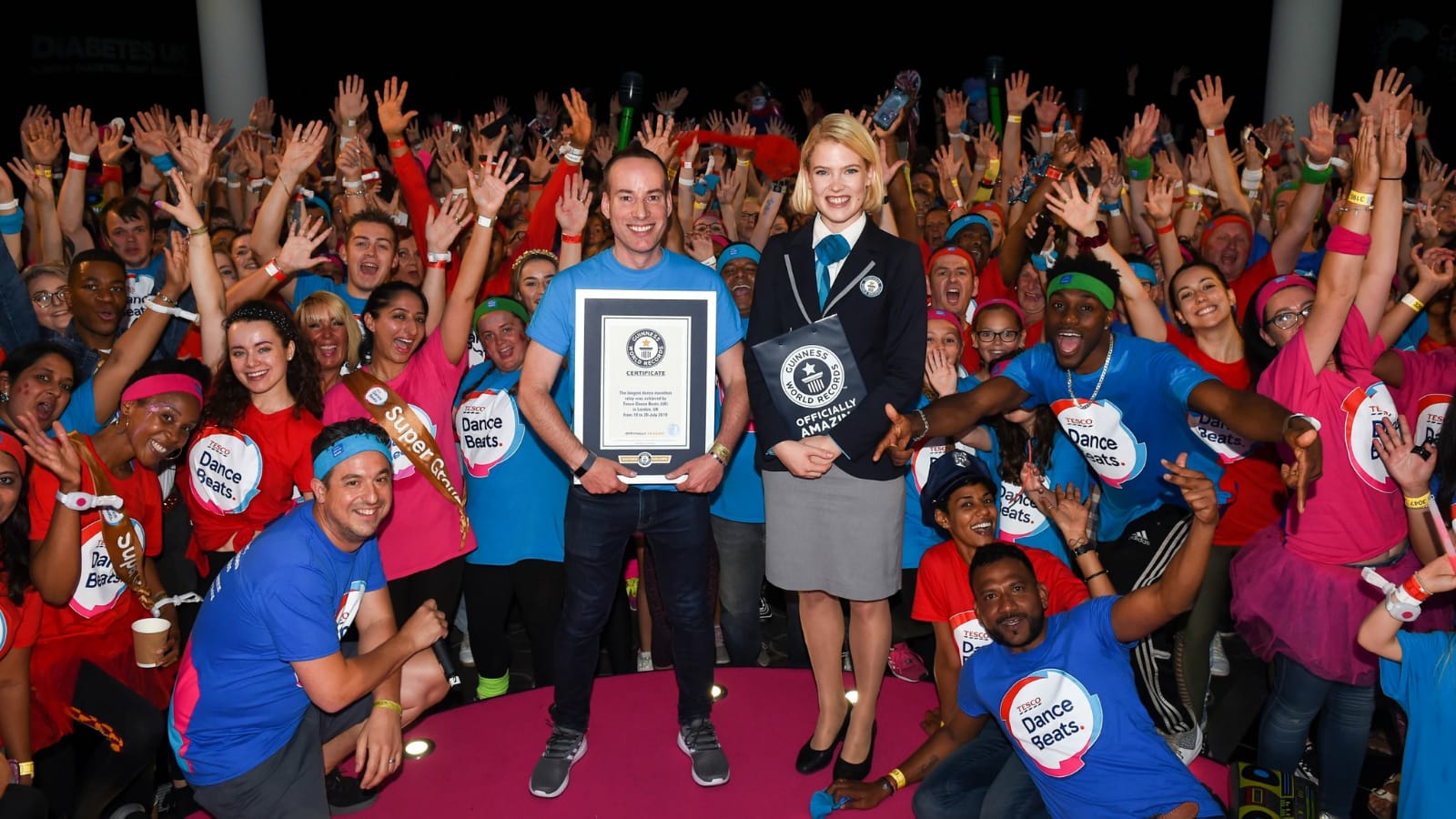 For Dance Beats, she trained with the likes of Strictly Come Dancing’s Oti Mabuse and Pussycat Doll Kimberly Wyatt before performing with them at Wembley.

Maxine said: “My Wembley experience was out of this world, from start to finish. I launched the event, being the first dancer on the podium along with my sister, Lisa, at 8am. I didn’t realise the enormity of being one of the main dancers, as the Official Adjudicator was watching only you, so the whole record attempt was in my hands for the first two hours of the dance relay.

“Can you imagine if I had stopped – it would’ve been game over before we’d really started. I’m happy to say I didn’t and we smashed the record, finishing the relay at 30hrs and 50secs. I’m so proud to say that I was part of the whole experience.

“The Newton Abbot store also did an amazing job of raising a massive £3,116 over the dance weekend too, and my Justgiving page is currently close to £500.

“It was great to see our local dance schools, fitness instructors and others getting involved at the store and giving up their time to take part. We had lots of fun activities, including raffles and a car boot sale. But the best was probably the stocks, where the managers were held so customers – and staff – could throw wet sponges at them.”

Kimberly Wyatt said at Wembley: “The Dance Beats dancefloor is a wonderful thing – full of energy, excitement and a million different dance styles. It doesn’t matter how people have moved around the dancefloor this weekend – crucially, they’ve kept moving and moved this campaign to a fantastic finale. The hours have flown by!” 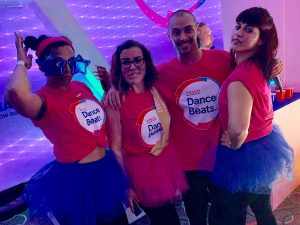 Aston added: “Being involved in a world record is amazing. But even more amazing is seeing people travel from all over the country and unite on the dancefloor in aid of such important causes. We’re here today dancing for all those people. Together we can make a real difference and beat cancer, beat heart diseases and fight diabetes.”

Dave Lewis, Tesco CEO, said: “It’s so inspiring to see thousands of our colleagues joining members of the public on the dancefloor to have fun, smash a world record and help raise millions for three incredible charities. This is a great achievement in our centenary year, and everyone who has taken part this weekend can be rightly proud of their marathon dance efforts.”

Blackawton Primary School, Totnes, have been awarded for their outstanding work through food with the inaugural Peter Melchett Award from the Soil Association’s Food for Life programme. Blackawton ha…

That’s the thorny question Teignbridge District Council’s Planning Committee will wrestle with when they consider a proposal for a 2.5-megawatt gas-fired power plant on a site near the Dainton Busines…