It’s national Star Wars day and Torquay museums very own Stormtrooper has been out and about in the town.

The Stormtrooper stopped off for a cappuccino, visited the English Riviera Wheel, made some new friends and even had enough time to do a little bit of shopping… 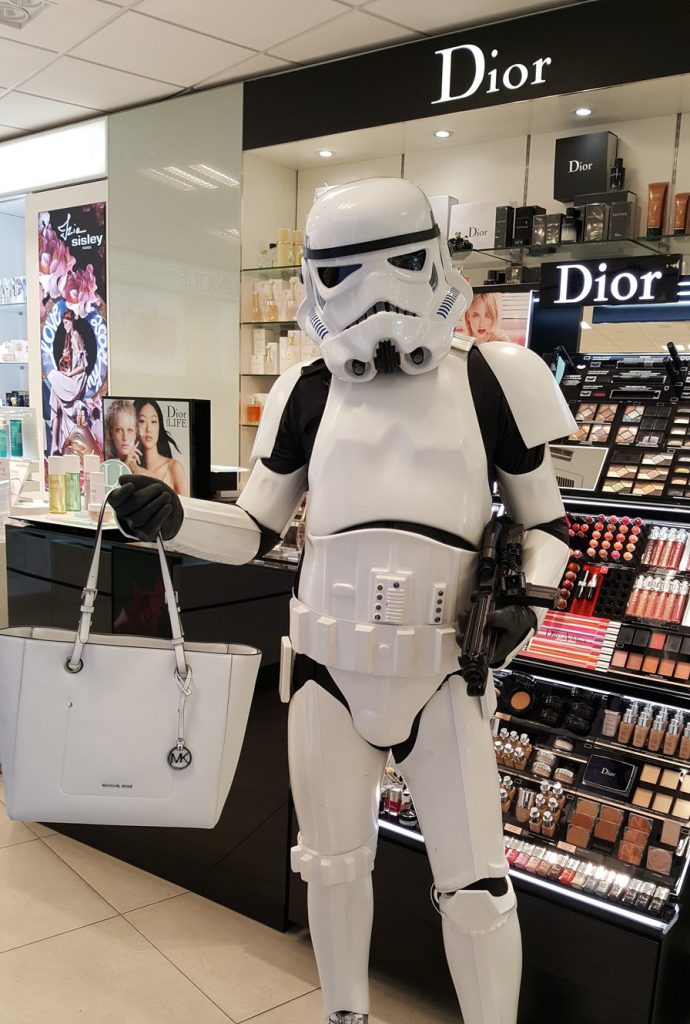 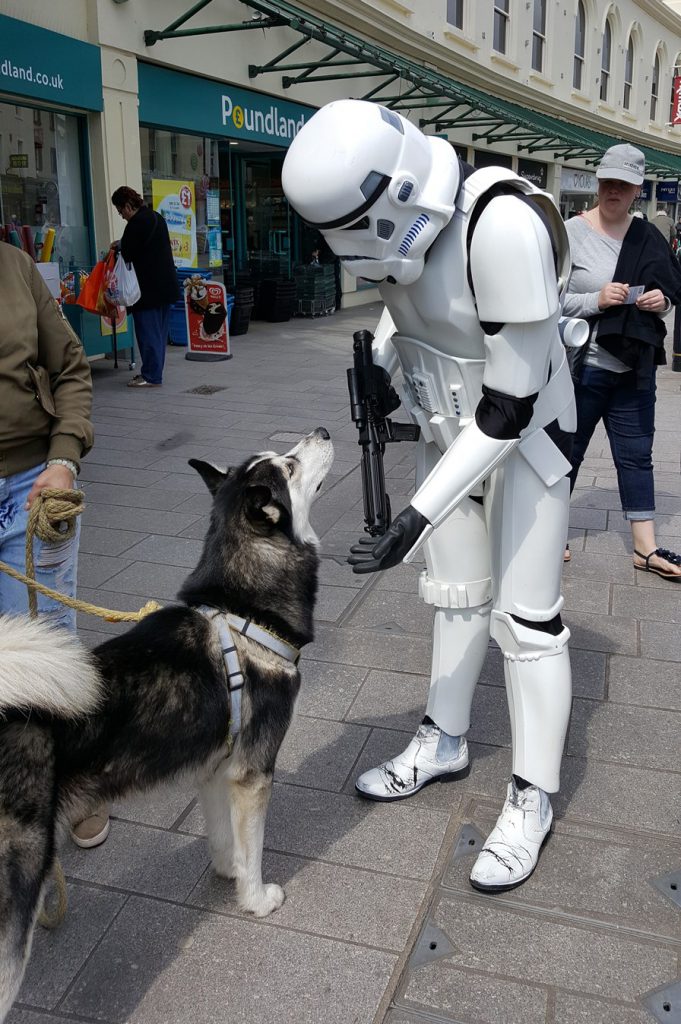 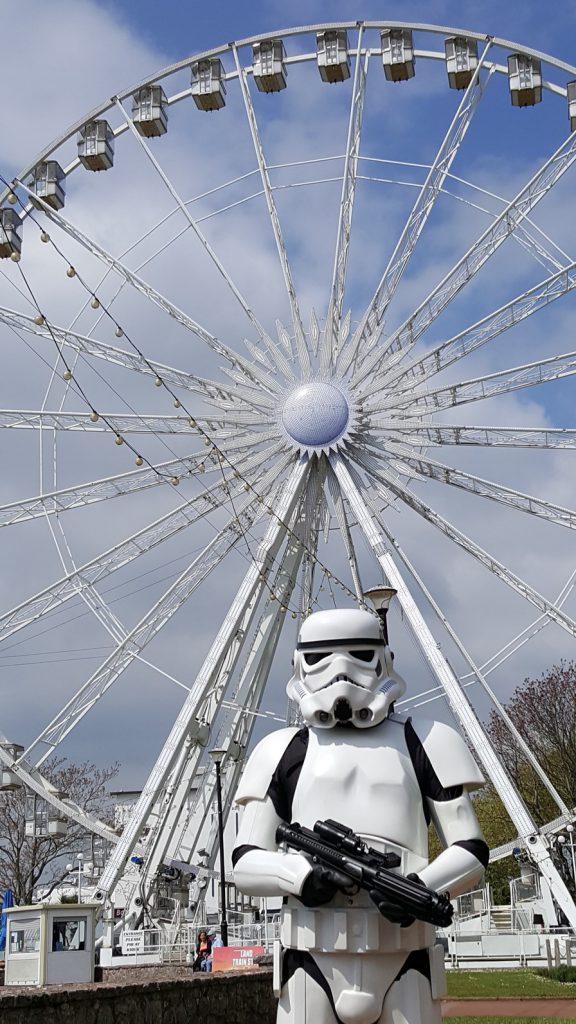 Sightseeing at the English Riviera Wheel 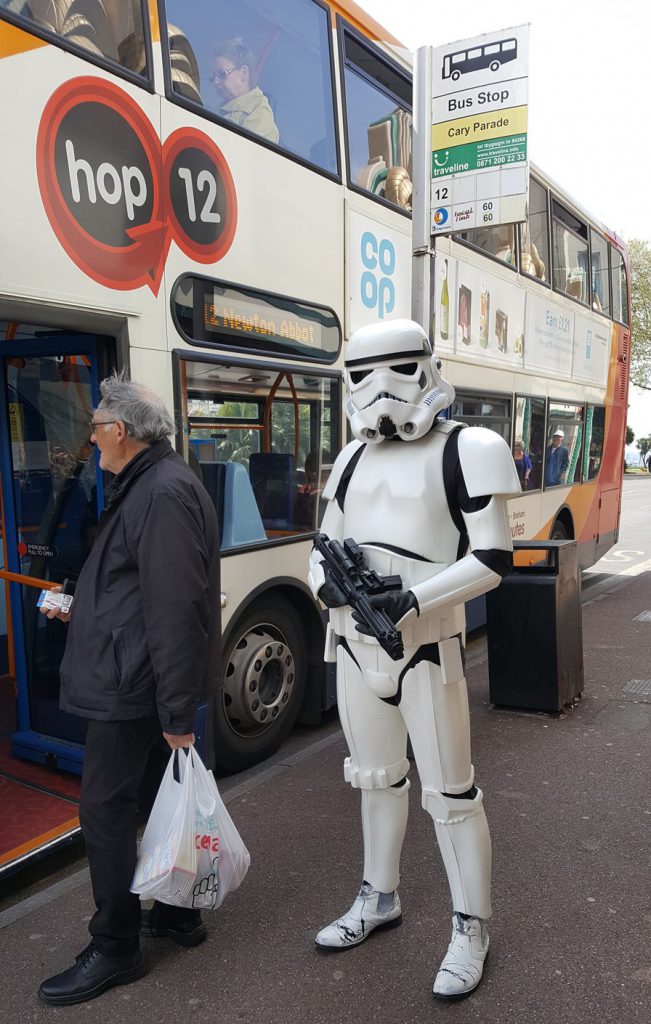 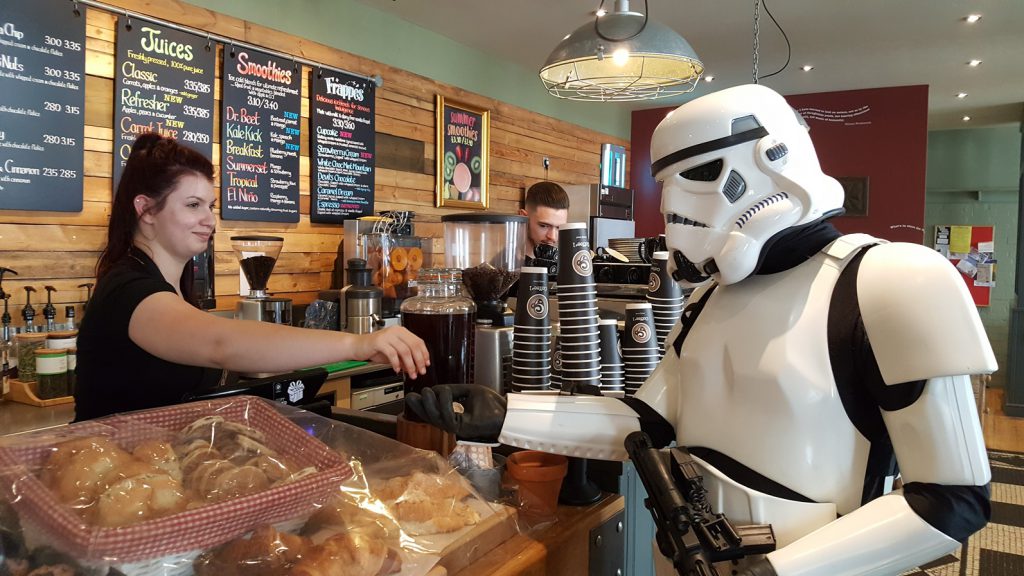 The Museum’s Stormtrooper grabbing a cappuccino at Coffee No.1 in Torquay 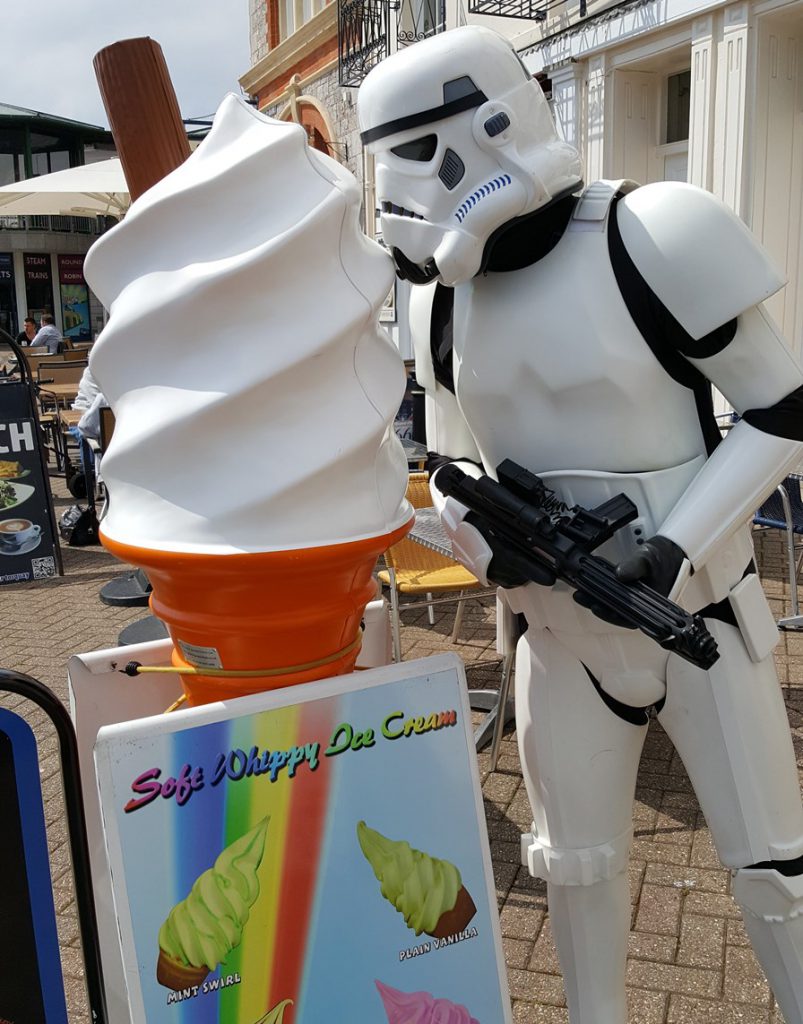 You can see the Museum’s Stormtrooper between 17th June and 3rd September at the Museum’s fantastic exhibition of Star Wars toys entitled May the Toys Be With You.

He will also be around for the Museum’s Sci-Fi Film Night on Saturday 6th May, which runs from 4.30pm until midnight and includes screenings of The Force Awakens, Aliens and The Thing, tickets £12 available from Torquay Museum.