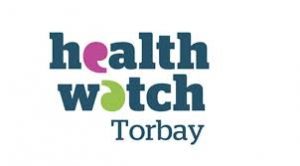 The Care Quality Commission have rated Mears Care Torbay and Devon, as ‘Inadequate’, following an inspection in October.

In September 2018, Mears took over the care visits of an agency that had closed down. Subsequently CQC received information of concern from relatives and a member of staff that a significant number of people were not receiving care visits as planned. CQC were also made aware that the local authority, Devon County Council, had been working with the service in crisis management because there were multiple missed care visits.

Inspectors found people were being placed at risk because the provider was not always ensuring enough staff were available at all times to deliver planned care and the processes followed during the transfer of the care packages were not managed effectively. Inspectors identified people being left for long periods of time without their basic care needs being met. For example, some people were left in wet beds or soiled pads because they could not get out of bed or to the toilet without help.

Other people using the service were at risk of not receiving sufficient nutrition and hydration. Some people relied on care staff to prepare their meals and drinks, so where care visits were missed people went without food and drink.

Where visits had been missed or were late, people had not received their medicines, which put them at risk of harm – especially people taking medication to manage their diabetes or heart conditions. People taking medicines for pain control were subjected to avoidable pain and discomfort due to missed or late visits.

People and staff were not always given the information they needed and there was a lack of communication, including a number of examples of people phoning the office and not receiving a response.

Staff spoken with were passionate about their work and knew changes needed to be made but were extremely upset and frustrated by the organisation and how the transfer had been managed. Staff told inspectors that they did not feel listened to and when they had raised concerns these were not taken seriously, and action was not taken. One relative told inspectors, ‘Staff have been marvellous, but they have too much work to do. One young carer, who was very apologetic for being so late, broke down in tears.’

‘I was dismayed to read this report,’ says Debbie Ivanova, Deputy Chief Inspector of Adult Social Care. ‘While I understand that Mears Care took over a contract from another failing provider, they knew that and should have had plans in place to make sure they could provide the service that people needed. People in their care were left in a position which meant they missed out on the most basic of human necessities such as food, hydration and when needed medication. This is unacceptable.’

‘We would like to thank each and every person who has shared their experiences of receiving care in their own home from Mears’ Care,’ adds Dr Kevin Dixon, Chair of Healthwatch Torbay. ‘Their invaluable feedback over the past three years has been crucial in ensuring that providers, commissioners CQC now recognise that significant changes and improvements need to be immediately implemented to the way this service is being managed.’

‘We have serious concerns about the safety of people using local care services in their own home,’ says Pat Harris, Chief Executive of the independent charity Healthwatch Torbay, ‘not least due to the reduced staffing levels we are hearing about locally, the closing down of organisations such as Saffron Care and Allied Healthcare, and the reported difficulty recruiting new staff into the caring profession.

With this in mind we work closely with providers, commissioners and the CQC, to monitor whether improvements are being made, using feedback and concerns from the people actually receiving care. However, we are seeing a very real disparity with the way complaints from those receiving care in their own home are being dealt with compared to those who are in a care home setting.’

Jacob Lant, Head of Policy at Healthwatch England, tells us:

‘The people of Torbay were right to raise their poor experiences of care with their local Healthwatch and the team have been relentless in ensuring these concerns have been heard at the highest level. The CQC has now taken clear action and ordered Mears to make immediate improvements or face being shut down.

‘However, this case raises serious questions about why a provider that has consistently not met the needs of people in Torbay was allowed to pick up other contracts in the region in the first place.

‘CQC warned in this year’s State of Care report about the pressures on the home care market, and this case is unlikely to be the last unless urgent action is taken.

With more providers handing back contracts across the country, it is vital that councils and the Government work together to ensure that new agencies brought in can provide the high quality care we should all be able to expect.’

To read the full report and ratings for all key services please click here.