More guns have been handed in to Torquay police as part of a two week gun amnesty.

Torquay police have released a photo items handed in over the last 48 hours.

This is the second photo to be released by police, you can find the first here. 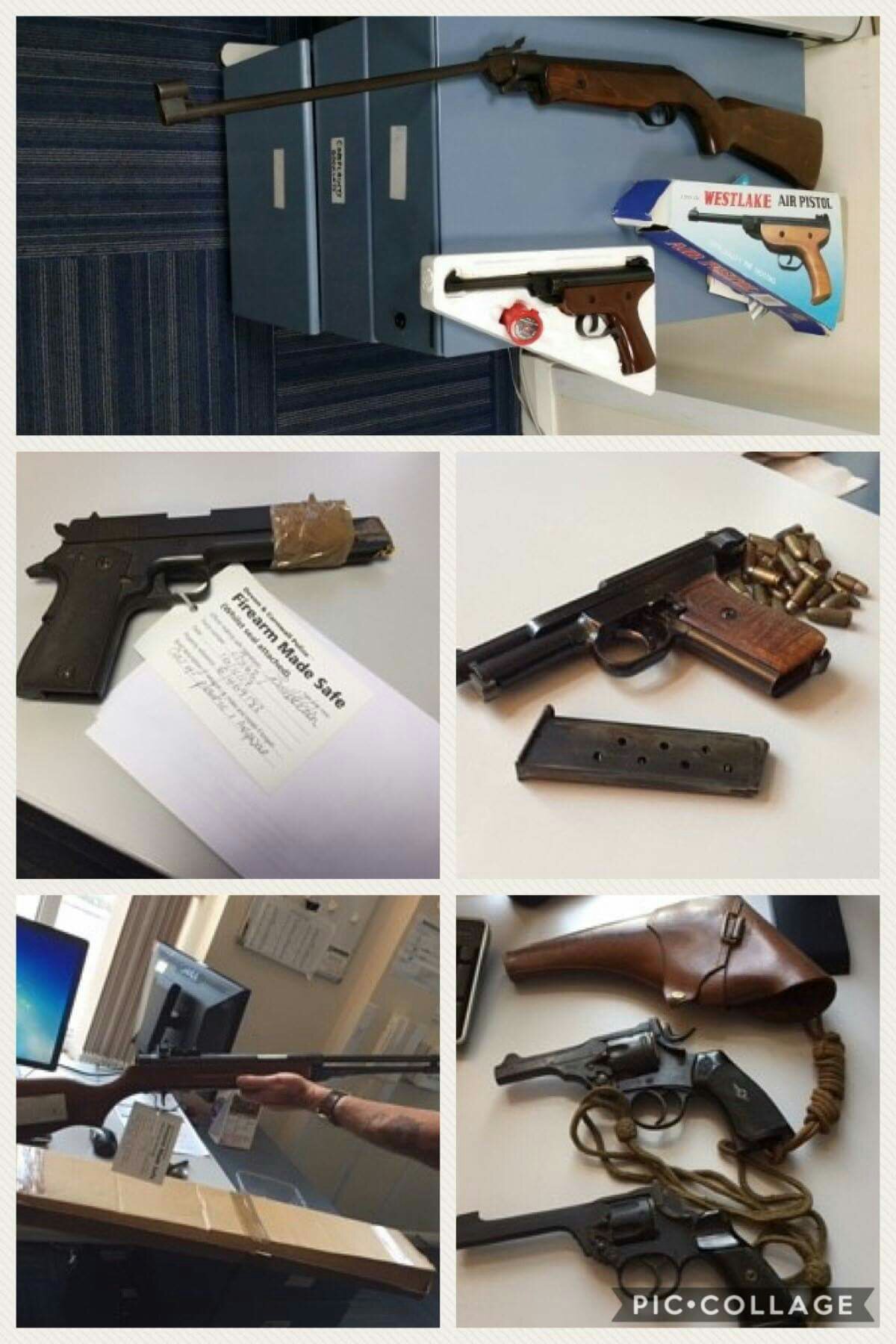 Devon and Cornwall police explained on their website :
“All are unwanted and following examination are earmarked for destruction. Getting any firearms out of circulation in this way, so that there is no way they can end up in the hands of criminals, helps to keep our communities safer,”

From 13th to 26th November, anyone handing in firearms or ammunition will not be arrested for illegal possession. They can also remain anonymous.

Michelle Mounsey, Firearms and Explosives Licensing Manager for the Devon & Cornwall Police and Dorset Police Alliance, said: “We want to take out of circulation any type of firearm and ammunition, which includes guns which can still be fired, antique or unwanted collectible weapons, replica weapons, air weapons, BB guns, stun guns and ammunition that are no longer required.”

“This is an opportunity to surrender firearms and not be charged with illegal possession. Remember that outside of the surrender period if police find you in possession of a firearm without a current certificate then you may be subject of court proceedings which may lead to a custodial sentence,”