A murder enquiry has been launched following the death of a man in Newton on Tuesday 6th October.

Adrian Munday, 51 was found deceased at a property, at 8 Wain Lane around 11am. 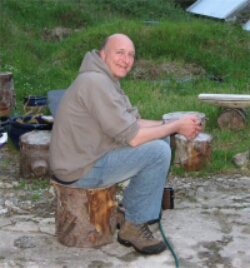 Detectives from the Major Crime Investigation Team have launched a murder enquiry to establish the circumstances surrounding the death an investigation has found that there had been a fire at the address which was extinguished before police arrived.

Mr. Munday had sustained serious injuries which were not related to the fire.

His next of kin have been informed and specially trained officers are working closely with the victim’s family to provide support.

Officers are speaking to a number of potential witnesses as part of the investigation and are appealing for anyone with information to contact police.

Detective Chief Inspector Mike West, senior investigating officer, said: “This is a busy area of Newton Abbot with the leisure centre and town centre nearby and we believe there would have been a lot of people in the area around the time of this incident.

“We would urge any member of the public who may have witnessed suspicious activity in and around Wain Lane over the last two weeks to contact police.

“We would also like to hear from any local resident who may have heard the sound of a fire alarm in the vicinity of that property in the weekend prior to 6 October.”

Anyone who can assist with the investigation is asked to contact police on 101 or email101@devonandcornwall.pnn.police.uk quoting crime reference CR/72009/15