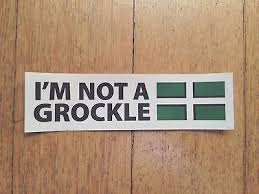 “Most holidaymakers are grockles. But the real ones you can spot a mile off. Usually they wear shorts, woollen socks and black leather shoes, with their shirt undone all the way down the front so you can see the full extent of their manly chests.” Oliver Reed & co in ‘The System’ (1966)

Since the mid-1960s holiday-makers have been given the part-affectionate, part-insulting name of ‘grockle’. Here’s how it all began.

‘Grockle’ is a local term for ‘tourist’, those potentially annoying visitors who can disrupt the lives of residents, but who also support significant parts of the Bay’s economy. We’re not the only ones who like to differentiate ourselves from visitors: in South America, foreigners may be greeted as a ‘gringo’; in Japan you could be referred to as a ‘gaijin’; in Thailand tourists are often called ‘farang’; and in India, ‘farangi’.

Some dictionaries used to suggest that grockle was a West Country dialect word. Others hold that red-faced tourists (in baggy clothing with Monty Python-esque handkerchiefs on their heads) resembled Grock, the Swiss clown who was well known in Britain in the 1950s – they then became known as little Grocks, because of “their boorishness and clownish behaviour”. This has been pretty much discounted. It’s not a very old Devon term and the twenty volume Oxford English Dictionary knows of no instances of the word dating from before the release of ‘The System’. This was the 1966 Torquay-based film starring Oliver Reed and featuring a soundtrack including the Searchers, the Rockin’ Berries, and the Marauders. 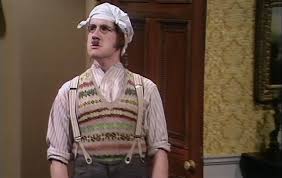 The word wasn’t invented by the movie, however. A few people from the south-west insist they knew it before then. Local newspaper columnist Brian Carter, for example, wrote in ‘The Herald Express’ in May 1993 that he remembered hearing grockle for the first time in the late 1950s when working on the promenade at Goodrington.

In 1996 Jerome Betts wrote an article about the origins of grockle. He suggested that it had been the creation of Arthur Rivers, who in the 1950s ran the boating-lake at Goodrington. He got the term from a strip cartoon in the children’s comic ‘The Dandy’, entitled ‘Jimmy and his Grockle’. It starred a boy with a dragon-like creature as a pet – “grockle” was the only noise it made. Before appearing in ‘The Dandy’ a similar strip appeared in the Rover in the 1920s as ‘Jimmy Johnson’s Grockle’. This strip would also reappear in ‘Sparky’ under the name ‘My Grockle and Me’.

Arthur Rivers’ assistant, Freddie Fly, later became a barman in Torquay, where he met Peter Draper, the scriptwriter for ‘The System’, who used the term to add some local colour. Another story is of a local man, who had a summer job at a swimming pool, and who claims to have used the term as a nickname for a small elderly lady who was a regular customer one season. In the Bay’s pubs, ‘grockle’ then became generalized as a term for visitors among summer workers, though it really became popular because of its use by the characters in the movie. 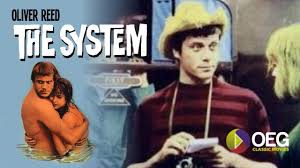 By the 1980s the Oxford English Dictionary was noting that the word had taken hold and spread to include ‘grockle fodder’ (fish and chips), ‘grockle bait’ (souvenirs) and ‘grockle nests’ (campsites). The term travelled far – ‘grockledom’, ‘grockle coops’ (hotels) and ‘grockle-bait’ appeared in the 1966 book ‘Osborne’s Army’ by John Anthony West. He was a former Manhattan copywriter turned astrologer and a member of the Beat Generation. West says in his book that it had been “written over six years on Ibiza” and he probably picked up grockle from English tourists visiting the island. It’s still in regular use. In a recent post to a Tenerife website an incomer light-heartedly complains, “There would be considerable less money entering the Tenerife economy if all the grockles stayed away or were excluded. You’d miss us if we didn’t come. Be honest! The future is bright – the future is Grockles!”

Illustrating the tension between locals and tourists a bit closer to home we have a councillor in Burnham-on-Sea, Louise Parkin, warning a 2013 council meeting that the term’s negative connotations were dampening the town’s appeal. “It’s always used in a very derogatory way for describing people who are vital to Burnham-On-Sea’s economy. Tourists are the life blood for many businesses here and we should be welcoming them with open arms and encouraging them to visit, not calling them this out-dated term.”

While Torbay locals use the term in an affectionate way, not apparently so the residents of the Isle of Wight. In a poll they voted ‘Grockle’ as the word to best define 2013 on the Island. It’s looks as if the Isle of Wight isn’t particularly welcoming to tourists as they criticised, “An annoyingly large influx of tourists this summer” (see illustration on the right). Locals are also quoted as using the phrases, “What the bloody hell are you doing around these parts you filthy grockle?” and “Get the hell out! This establishment is not for dirty grockles such as yourselves!” If anyone’s further interested, the runners-up in the poll were ‘garlic’ (?) and ‘twerk’ – twerking, popularised by Miley Cyrus, having “taken the Island by storm this summer with residents of all ages.”

Notably, grockle seems recently to have taken on a bit of a more political meaning, particularly in Cornwall where it can refer to affluent second-home owners pricing locals out. Grockles were now more than tourists, they were destroying local culture and communities. A 2014 Guardian article reads, “remember when you bought a second home there and you found yourself being treated with hostility by the locals whenever you visited? Almost a quarter of the homes in St Ives lie empty for most of the year. Cornwall is ridiculously deprived as it is, so think of the knock-on effect that all those empty homes have on the local economy. It’s incredibly irresponsible of you. New families in St Ives can’t afford to live there anymore.” 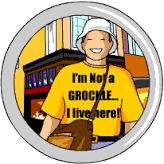 It would be interesting if Devon locals similarly began to change the meaning of the word as they are increasingly displaced from coastal towns and rural villagers by the buying power of incomers.

Of course, our friends across the Tamar don’t generally use the term grockle to refer to ordinary tourists. In November 2014 BBC journalist Mark Easton made the terrible mistake of claiming the Cornish refer to tourists as “grackles”. Radio 4 received complaints by outraged Cornish folk putting him right – Cornwall uses ‘emmet,’ taken from the Old English ‘aemette’, which developed into our standard English ‘ant’. A century ago, the English Dialect Dictionary recorded emmet being used throughout Scotland, Ireland and England, but now it’s declined in use everywhere except Cornwall where its used to describe the ant-like “hordes of tourists that descend on our locality to enjoy the summer weather, beaches and countryside, in the process clogging the narrow local roads and generally getting in the way of everyday life.”

Here in Torquay we don’t seem to use grockle much anymore… or do we?

Here’s how it all began with Oliver Reed explaining to new boy David Hemmings what a grockle is and how to spot one in Paignton. It’s 8 minutes in: