Newton Abbot’s new skatepark will be opening earlier than planned.

The £120000 facility was started in January  and is now ready ahead of schedule. Inspections took place this week and the skatepark is expected to open this weekend, weather permitting with an official opening ceremony planned for Sunday 19th March.

The skatepark in Sandringham Park, Buckland, has got quarterpipes, flatbanks and a obstacles for bikers and skaters.

“This is such fantastic news for Buckland and Newton Abbot. It’s a marvellous facility and one that looks set to be enjoyed by many for years to come. The opening event promises to be one to celebrate and there’s a great opportunity for young skaters and BMX’ers to come along, show off their skills, and be in with a chance of representing Team Teignbridge at the South West Youth Games in July. Teignbridge is grateful for the support of many partners in helping to build stronger, more active communities and provide quality facilities in local neighbourhoods.”

Teignbridge’s sporting talent will be in with a chance of representing the district in South West Youth Games wheeled sports event at Mount Hawkes Skatepark, Cornwall on May 19. This is a new event in the build up to the Youth Games finals at Simmons Park, Okehampton on July 9. 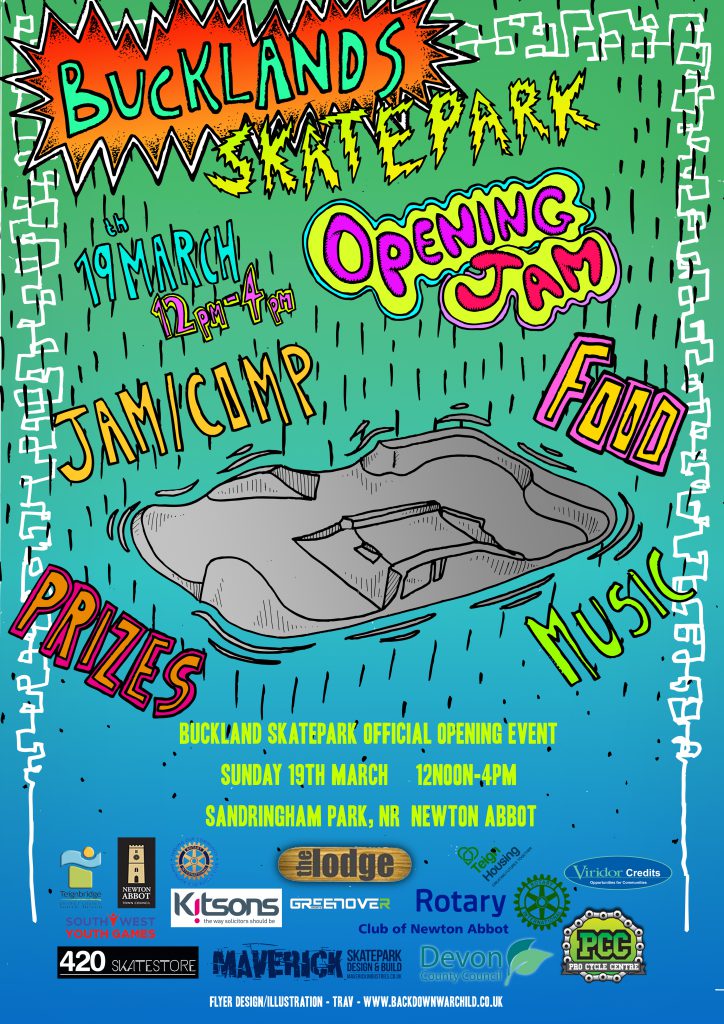