Brixham harbour was cordoned off earlier today, Sunday 20th January after a suspected ordnance was pulled up the fishing vessel ‘Stella Maris’.

A detonation took place off Brixham by the Royal Navy later in the afternoon. 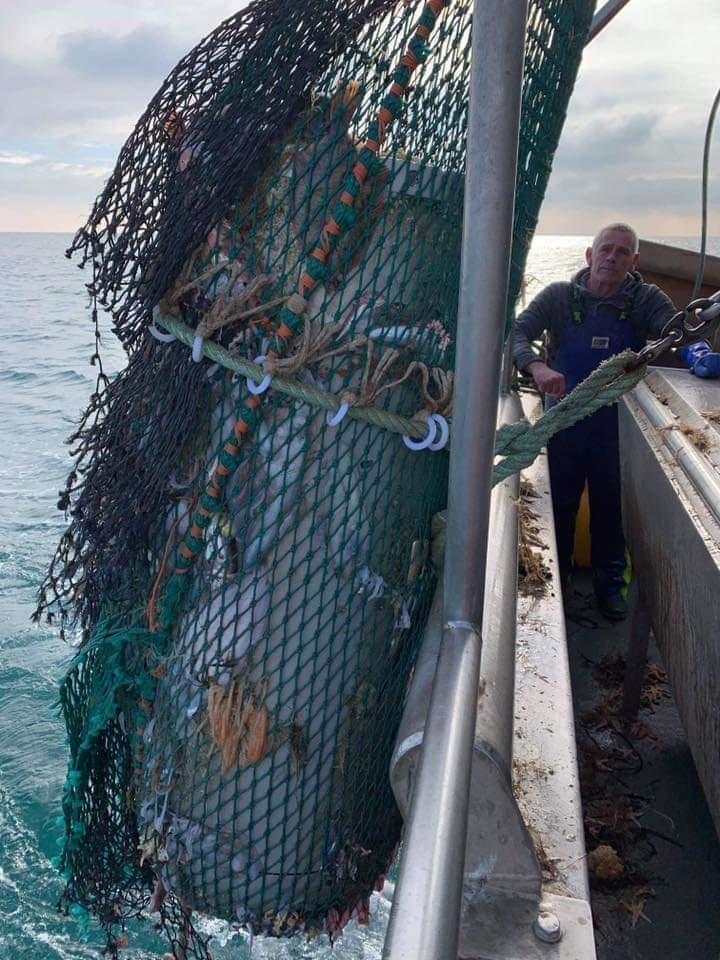 Photo Credit to the crew of Stella Maris.

Torbay Coastguard posted on Facebook: “Whilst out on patrol, we were requested to assist Berry Head Coastguard by Maritime and Coastguard Agency. The report was the fishing vessel Stella Maris has picked up suspected Ordnance on their vessel.

“With HM Naval Base Devonport EOD team on scene along with Brixham Police. The vessel was stood off from Brixham harbour in deeper water until EOD could board the vessel and inspect the Ordnance, with assistance from Tor Bay Harbour Authority & Beaches.

“EOD then took the Ordnance out into the middle of Torbay waters where a detonation took place. You may have heard the explosion or even seen a flash of light! As you can see this was a large piece of ordnance.

“We thank RNLITorbay for the hot coffee, and the public for adhering to the cordon that was set in place, the incident went smoothly.

The harbour was also closed off yesterday after a suspected ordnance was found but later confirmed to be an old air cylinder. More here.