A Paignton man has been sentenced to four and a half years in prison for causing death by careless driving.

Sophie Bond, 30, sustained life-threatening injuries after she was struck by a vehicle which the fled the scene. The incident happened late in the evening on Friday 11th January. The victim was taken to Torbay hospital where she was sadly pronounced deceased.

Frost, was later arrested and charged with causing death by careless driving whilst over the prescribed alcohol limit. 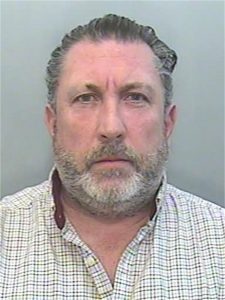 As well as a prison sentence, Frost was also disqualified from driving for eight years and one month, with an extended test required.

Investigating officer, PC Phil Rooks, from the Serious Collision Investigation Team said; “The investigation team work tirelessly to bring offenders to justice and rely on the judicial process to sentence at the appropriate level.

“Drivers must be held responsible for their actions and the decisions they make, and on that fateful night Mr Frost chose to drink drive not realising the implications of doing so. We hope this is a warning to other motorists who might make that decision to drive when having consumed alcohol.