Emergency services were called to Torre Abbey this morning after reports of a body seen in the water.

The area was cordoned off whilst a search took place and a person recovered. 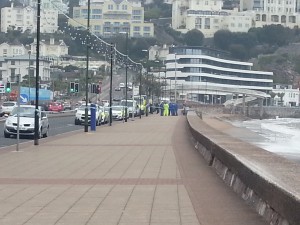 The area was cordoned off by the police

It is unknown on the condition of the person, believed to be male.

Emergency services are still at the scene. 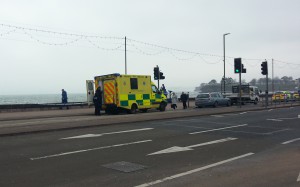 Ambulance at the scene

Police, coastguard and ambulance are in attendance.