Police investigating what they have described as a ‘violent assault’ on a 10-year-old girl have appealed for CCTV and dashcam footage.

Police were alerted to the incident after a member of the public found the girl in a distressed state yesterday afternoon, 4th October near Marley Road in Exmouth. The woman took the 10-year-old to her home in the Brixington area of Exmouth, where emergency services were contacted.

The child remains in hospital where she is receiving the expert medical care and treatment she needs, supported by specialist officers from our Public Protection Unit, and her family. 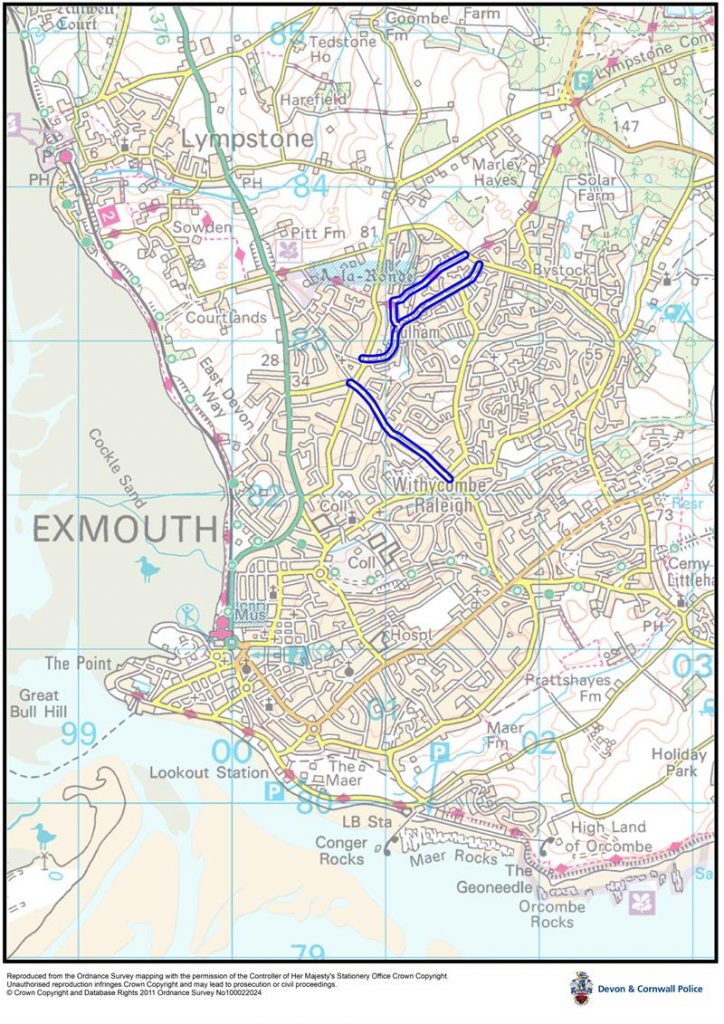 Superintendent Matt Lawler, the local policing commander for Exeter, East and Mid Devon said: “Whilst extremely rare, this is a serious event for the area and we have significant resources working on this investigation, led by the Force’s Major Crime Investigation team”.

“The suspect is described as a man wearing a black jacket or coat, carrying a backpack with adjustable straps and wearing brown boots.

“We are asking that anyone in the immediate area of Marley Road yesterday afternoon, or anyone who may have seen anything suspicious in that area in the past few days, no matter how insignificant they feel it could be, to contact the police.

“We are also appealing for dashcam images, video or CCTV covering the specific areas of Jubilee Drive; Marley Road; and Pound Lane in Exmouth between 3-6pm yesterday.

“We appreciate that yesterday’s events will have caused concern for the residents of Exmouth; please be reassured as to our major response as part of the investigation.

“We have been in touch with Headteachers at the schools within the immediate area and there is no need to change school pick-up plans this afternoon.

“We would encourage that parents, teachers and guardians have a conversation with your children in relation to what has happened, to make sure they remain aware and vigilant.

“Please avoid speculation including via social media, as this may lead to further upset for others including the family

“We are working hard to locate the person responsible, and it is vital that the above and that anyone with any information comes forward to police.”

Anyone with any information, or who may have CCTV or dashcam footage that can aid the police investigation is asked to contact 101 quoting log 367 for the 5th of October.