Detectives are appealing for information after a series of arson attacks were reported in Torquay at the weekend.

Three fires are believed to have been started deliberately, within a quarter of a mile of each other, in the Ellacombe area of the town.

Police, ambulance and fire crews attended the incidents in the early hours of Sunday 20 March 2016.

Discarded furniture was set alight outside a property in Hoxton Road, causing damage to the front of the property. 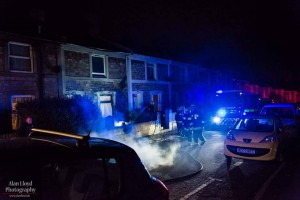 Similar incidents occurred outside a property in Princes Road East and on Lower Ellacombe Church Road.

No-one is believed to have been injured as a result of the fires.

The incidents are being treated as suspicious and detectives would like to hear from anyone who saw anyone acting suspiciously in the area around the time of the arson attacks.

Anyone with information is asked to call police on 101 or email101@devonandcornwall.pnn.police.uk, quoting reference CR/017786/16.

Information can also be passed anonymously to independent charity Crimestoppers, by calling 0800 555 111 or reporting online atwww.crimestoppers-uk.org.