There have been reports of Portuguese  man o war in the sea/washed up on the beach in Devon today, Sunday 15th October.

There was a report on Spotted Torquay this morning of one washed up on Meadfoot beach.

David Preece sent in a photo to Facebook group Exmouth Community UK  warning people going to the beach and dog walkers to be aware after Portuguese Man Of War were found in the sea of Exmouth/Dawlish and river exe.

The creatures have tentacle-like polyps that can give a painful and potentially lethal sting. They should not be touched.

The Portuguese man o’ war is not a jellyfish but is infact a siphonophore, a colonial organism made up of polyps which attach to each other and function as one.

There have been sightings and reports of washed up man o’ war around the UK. Just yesterday, a photo was tweeted of one washed up in Exmouth.

Perranporth beach in Cornwall was closed after hundreds of the creatures were washed up earlier this month. 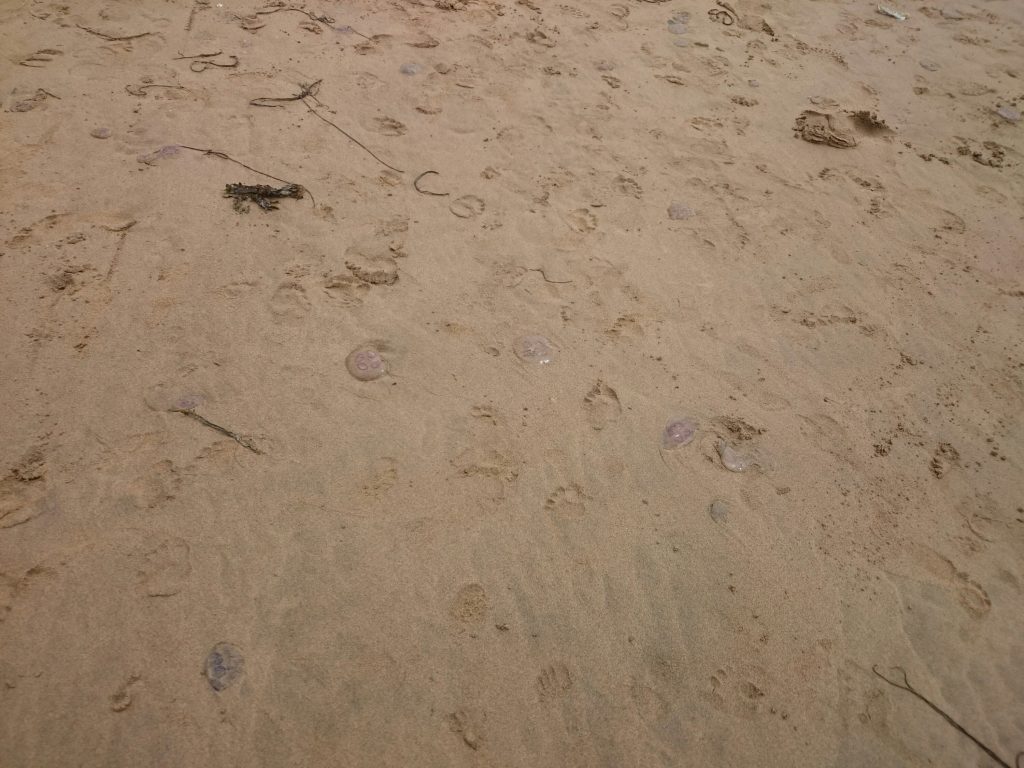