One Thursday in April of 1866 a sick 16 year old man wrote a letter to his parents from his lodgings at 2 Sulyarde Terrace, Torquay – the house would in 1897 become part of the Torbay Hotel.

The young man was the son of upper-middle-class parents. However, his frequent illnesses kept him away from school and in search of places to assist with a lung condition. Consequently, he was often taught for long stretches by private tutors and so, during the winter and spring of 1865 and 1866, he found accommodation in the health resort of Torquay.

The young gentleman was the future author Robert Louis Stevenson. He wrote:

I write to make a request of the most moderate nature. Every year I have cost you an enormous – nay, elephantine – sum of money for drugs and physician’s fees, and the most expensive time of the twelve months was March. But this year the biting Oriental blasts, the howling tempests, and the general ailments of the human race have been successfully braved by yours truly.

Robert Louis Stevenson was born in Edinburgh in 1850. In the next 44 years he made a tremendous contribution to English literature. 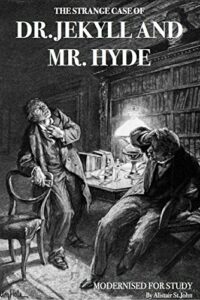 His travel essays were widely read and his first full-length work of fiction, Treasure Island, was published in 1883 and brought him great fame. This success was followed by The Strange Case of Dr Jekyll and Mr Hyde (1886) and the Scottish romances, Kidnapped (1886) and The Master of Ballantrae (1889).

A literary celebrity during his lifetime, Robert now ranks among the 26 most translated authors in the world. 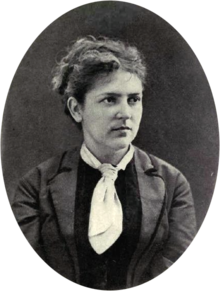 That early visit to Torquay left an impression. Many years later, Robert used the town as a location in a collection of linked short stories ‘More New Arabian Nights: The Dynamiter’ (1885) written in collaboration with his wife, Fanny Vandegrift (pictured above).

The introductory story has, “three gentlemen of little means and no occupation meeting in the Bohemian Cigar Divan, a tobacco shop with couches to sit and smoke. They read of a reward offered for information as to the whereabouts of a man with big moustaches and a sealskin coat. They agree among themselves that they will separate and search for the man so as to claim the reward.” The stories that follow concern their adventure with Torquay featuring in ‘The Superfluous Mansion’ chapter: 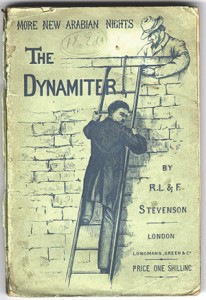 “Although the day without was warm, genial, and sunny, with a ruffling wind from the quarter of Torquay, a chill, as it were, of suspended animation inhabited the house. Dust and shadows met the eye; and but for the ominous procession of the echoes, and the rumour of the wind among the garden trees, the ear of the young man was stretched in vain.”