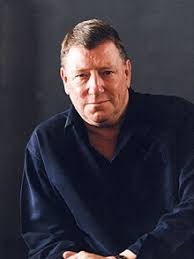 Scottish actor and author Iain Blair was a 6′ 3″ Glaswegian who lived in Torquay. From this information and the photo you might come to the conclusion that Iain was a fairly imposing figure. This may well have been true, though Iain had another identity – for years he was also the famous romance writer Emma Blair.

Born on 12 August 1942, Iain’s early life included living in America and Australia before he settled in Glasgow and worked on The Sunday Post. He took up acting, with roles in theatre, radio, film and TV, and among his television acting credits are roles in The Sweeney, Juliet Bravo, The Brontes of Haworth, Rock Follies, The Saint and Citizen Smith. His acting career came to an end after an exchange with Steven Spielberg when he went to audition for a part in the 1981 film Raiders of the Lost Ark. He recalled a difficult journey to the studio followed by a lengthy wait: “Eventually a rather small man came into the room. ‘I’m Steven Spielberg. Can you come back tomorrow?’ he announced, not expecting a negative. ‘No, I fucking can’t,’ I replied in traditional Glasgow fashion. And that was the end of my acting career.” 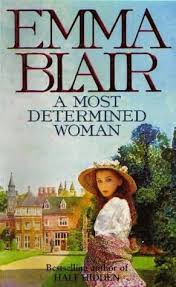 However, when his first romantic novel – ‘Where No Man Cries’ – was sold to a publisher in 1982, his agent suggested that women preferred reading romances written by other women. Recalling the transformation Iain recalled, “I was given absolutely no choice in the matter. The publishers decided on a sex change and even the name. So that was that. Emma I became and Emma I stayed.”

Iain/Emma subsequently became the successful author of 29 romantic novels which included: ‘An Apple from Eden’, ‘Arrows of Desire’, ‘Goodnight, Sweet Prince’, ‘Moonlit Eyes’, ‘Passionate Times’ and ‘The Princess of Poor Street’. As one of Scotland’s most popular romantic writers, many of his books sold more than 100,000 copies, putting Iain in the top-20 list of libraries’ most borrowed authors.

For years Iain maintained the fiction and even created a personality for Emma. ‘She’ was: “A feisty lady, not a drum-banging feminist. I see her as being in her late fifties and probably alone, still quietly grieving for her childhood sweetheart who was killed in the Second World War. I dare say she enjoys a small sherry now and again, and always bakes cakes for the church fete.” 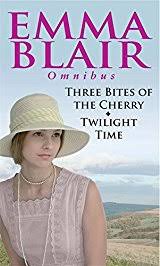 That Emma was actually a man was only revealed when Iain won the Romantic Novel of the Year award in 1998 – when his novel Flower of Scotland was nominated this required him to admit to being the author of the books. The subsequent publicity surrounding the award made him decide to fully ‘come out’. 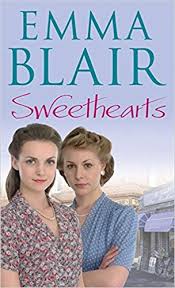 His wife, TV producer and fellow novelist, Jane Blanchard said that in virtually every interview after the awards, Iain was asked whether he wrote his books while wearing women’s clothes – “the answer, a very resounding and Glaswegian ‘no'”.

The author was forced to stop writing after he was diagnosed with diabetes in 2007. He died as a result of the condition at the age of 69 at his home in Torquay on 3 July 2011.

Let’s give Jane the final words: “Emma was not the quiet, retiring type but 6ft 3in Glaswegian Iain Blair who enjoyed a pint and a smoke.” Jane  followed up by saying “People ask me if he was romantic – he most definitely was”.