Torbay Coastguard was called out after a jekski was found partially submerged near Thatcher Rock off Torquay yesterday afternoon, Sunday 12th July.

Torbay coastguard immediately made enquires re. potential casualties with the coastguard helicopter on standby and crews about to alert the RNLI for assistance. 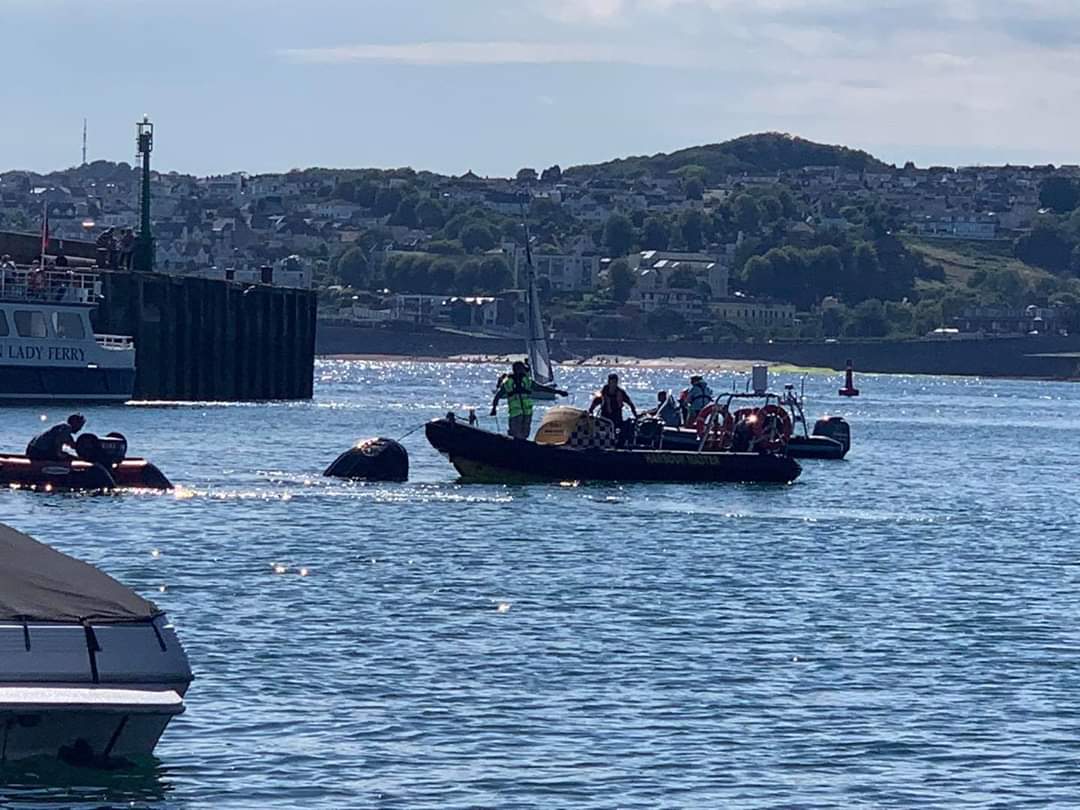 Fortunately it was confirmed that a passing vessel had picked up people from the water, who had then been dropped at Torquay Marina. It is reported that they then left the area, without informing the Coastguard or the Harbour authorities. This created the small scale search and could have resulted in a large scale search had the Coastguard not been able to get confirmation of their safety.

Two kayaks started to tow the jetski, with OSCAR 4 from Tor Bay Harbour Authority & Beaches taking over the tow and returning it to the harbour, where it remains.

A spokesperson for Torbay Coastguard said: “This is a stark reminder that accidents happen on the water, you need to make sure all your safety and mechanical checks are in place.

“Most importantly carry a VHF radio so you can inform the Coastguard of an incident. If it wasn’t for modern day technology we were very close to tasking a lot of resources to this jetski,”