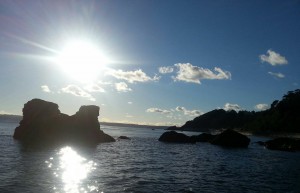 It might be wet and windy in Devon today – but we are actually having the Sunniest winter  in the UK since 1929!

Coming after what was the wettest winter on record last year, this is interesting news.

According to the statistics released by the Met Office, by 25th February the UK had already clocked up 189 hours of sunshine! This was the same as the 2001 record but with the last 3 days left to add on before the end of the three the meteorological winter, forecasters are predicting that this will be exceeded by 7 hours.

However, experts also point out that because records are getting better, and kept better, that there might not be enough evidence to show that this is a completely accurate reflection.

Is Ex Hurricane Bertha heading towards South Devon? The remains of Hurricane Bertha, which has now weakened in to an Atlantic storm, will travel towards the UK over the next few days. Currently,…