Purple Angels was formed in 2012 by Norman McNamara a resident of Torbay to try and make Torbay the first Dementia Friendly resort in the country. Norman was diagnosed with dementia at just 50 years old. Whilst out shopping one day he was rudely spoken to by a shopkeeper and decided to change the way people see dementia and treat others. Purple Angels is now recognised not only in the UK but also globally.

The Palace Theatre joined up early June as the first UK Theatre to be awarded this from Purple Angels, the certificate was awarded by Founder Norman himself. 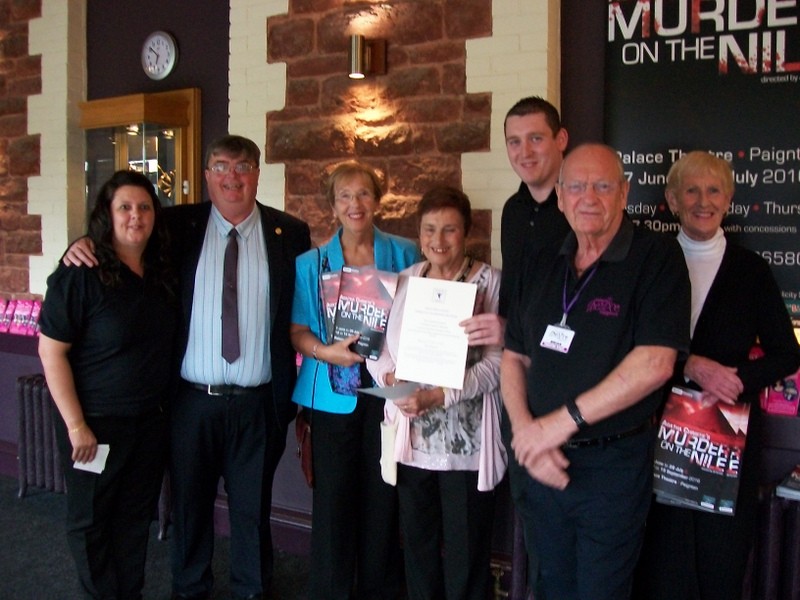 Palace Theatre Duty Manager Lee Thomas said “It is an honour to be awarded as the first UK Theatre to join purple angels dementia awareness and I encourage other theatres right across the UK to join up and show your support for people with Dementia.”

For more information on purple angels or to join you can visit the website at www.purpleangel-global.com