This is the reason Brixham Harbour was cordoned off today, 13th April. A suspected ordnance left near Rockfish!

A 50m cordon was put in place. 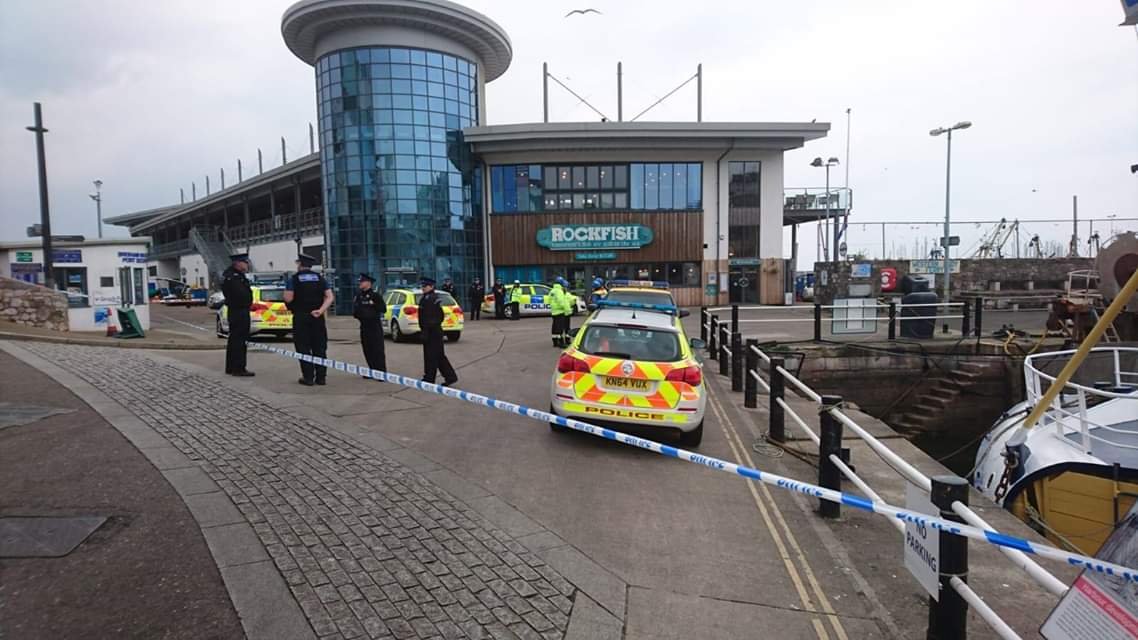 “We were tasked by Maritime and Coastguard Agency to back up Berry Head Coastguard who were putting a cordon in place with Devon & Cornwall Police due to a report of Ordnance bening left near Rockfish in Brixham, which a member of the public had found on the beach.

“The 50m cordon was put in place until EOD Bomb Disposal from the Royal Navy were able to arrive on scene and confirm what it was.

“The Royal Navy team confirmed that it was safe for them to transport and would deal with it back at their base.

“With that, the cordon was lifted and all teams stood down.

“Thank you to the public for being understanding as to why the cordon was in place,”