An online fundraiser set up to support those affected by the tragic sinking of Brixham fishing vessel Joanna C has raised almost £15,000.

Despite a huge search involving the Coastguard, RNLI and fishing vessels, two men named locally as Adam Harper and Robert Morley remain missing after their boat sank off the East Sussex Coast on Saturday morning. Skipper Dave Bickerstaff was found clinging to a lifebuoy by the RNLI and transferred to hospital. The search was called off on Sunday afternoon.

Tony said on the GoFundMe page: “I’m raising money in aid of Royal National Mission to Deep Sea Fishermen (The) so they can distribute to help all those affected.

“Our prayers are with those directly involved and the wider community who all have been affected in some way.”

You can find the fundraising page here. 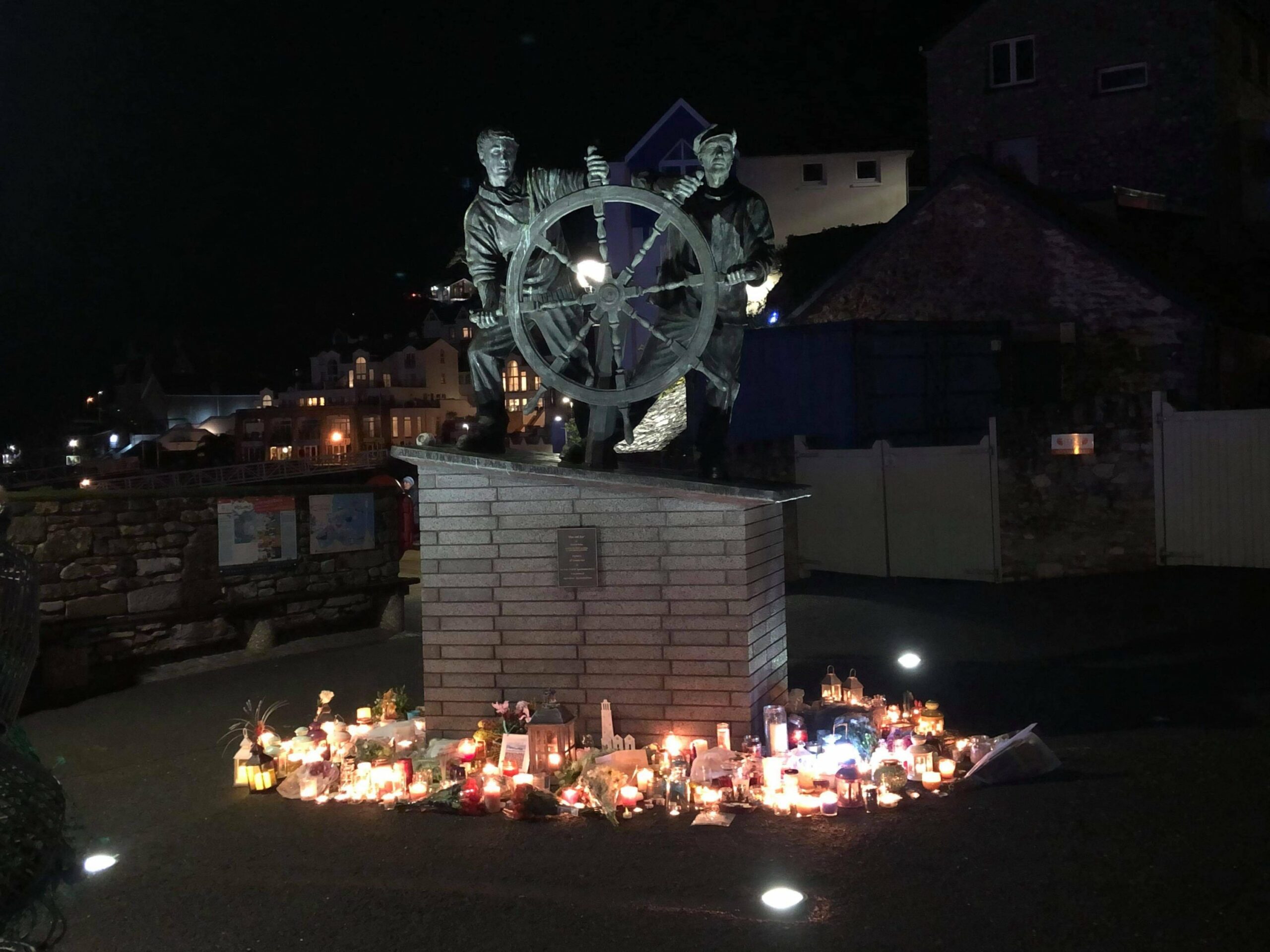 Following the announcement that the search had been called off yesterday afternoon, candles were lit and tributes were left at the man and boy statue in Brixham last night.