A team representing the Torbay & District Snooker League travelled to Leeds to take part in the Peradon UK League Snooker Annual Championship and came away as Champions.

The two day, fourteen team tournament saw the teams split into two divisions of seven teams and the Torbay side got off to a slow start, losing their opening match 3-2 to Leeds Snooker League A bouncing back to beat Thames Valley Snooker League 3-2 before ending the first day with a second defeat again by 3-2 to Southport Snooker League.

In the quarter final Torbay had a 3-1 win over The Reading Snooker League and saw a 2-0 semi-final lead brought back to a tense final frame which saw Alex Mucklow take the Torbay side to a 3-2 victory over the previously unbeaten West Midlands Snooker League.

The final saw Torbay take on the Bradford Snooker League with Alan Tunney winning the opening frame and James Lee giving Torbay a 2-0 lead, Bradford fought back to take frame three before John Halliwell clinched the fourth frame to win the match and the Championship for the Torbay side. 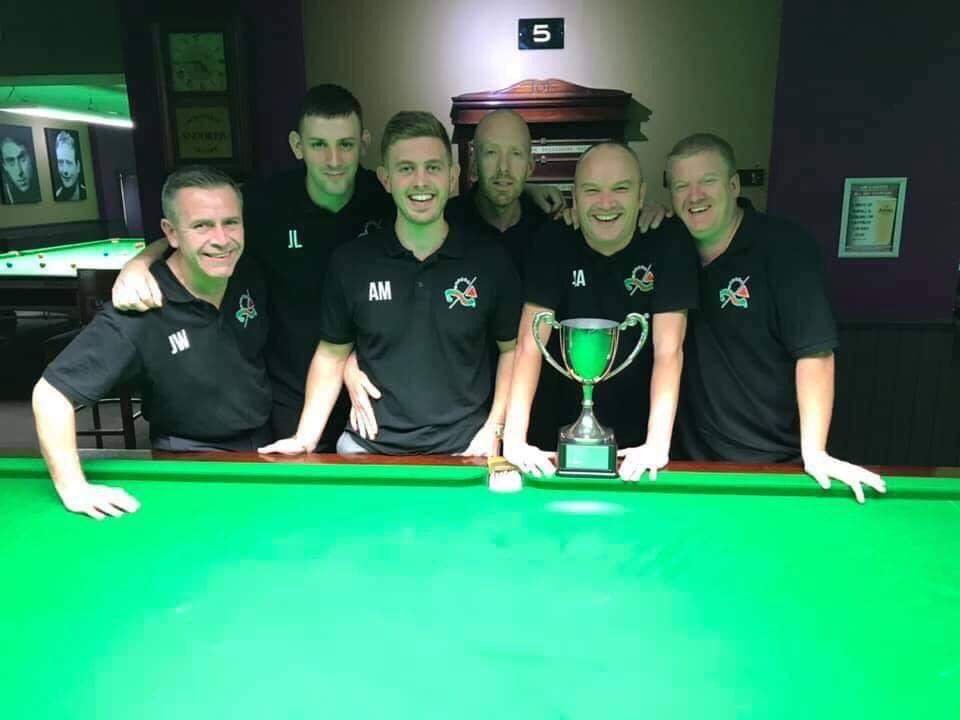