How Torbay impersonates the world 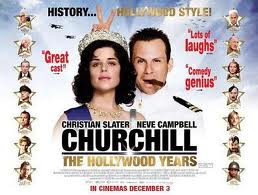 Imagine that you’ve just got the job as a location scout for a film company. You have loads of exotic locations to find, but a limited budget, so what would you do? The answer is to find a filming location that looks vaguely similar and hope no-one notices.

You may think that if The Onedin Line (1971-1980) can pass off the River Dart as the Amazon with the addition of a few jungle noises, then anything is possible… Just add guitars if the setting is Spain and accordions for France…

Indeed, the Bay has been used as a filming location since the very beginnings of cinema. After the Great War it was hoped that Torquay would be the British Hollywood – we had the natural light and a range of scenery that could be utilised by inventive directors.

The first Bay production was the 90-minute film Nelson, filmed in the second half of 1918. It has a wartime propaganda theme and begins with views of British warships. The captions inform us that British sailors ‘are the best and always have been’.

In the 1919 movie The Rocks of Valpre, the ‘Magic Cave’ on the ‘rocky coast’ of France is Corbyn Head. The storyline has a young English woman injuring her ankle and being rescued by a Frenchman. He invites her back to his cave to see a ‘magic secret’ (careful now). This turns out to be a new gun he is inventing. Rumours spread and the gun inventor finds himself challenged to a duel. This duel is fought on Corbyn Head just behind today’s public toilets. As the men fence, the heroine stares towards the Marine Spa (now Living Coasts), and the movie ends with a romantic scene on Rock Walk where the couple promise to love each other. 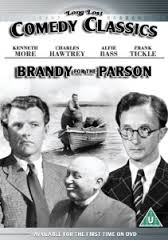 ‘Brandy for the Parson’ (1952) sees a young couple experiencing a series of mishaps and accidents, and getting unintentionally involved in a racket smuggling brandy from France. The ‘French port scenes’ were filmed in Torquay.

In ‘Churchill: The Hollywood Years’ (2004), we have Christian Slater, Neve Campbell, and a host of British comedy talent, including Bob Mortimer, Vic Reeves, Rik Mayall, Harry Enfield and Leslie Phillips. 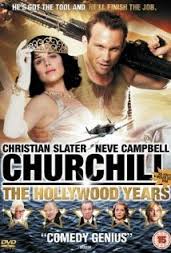 The movie is a satire on the way Hollywood has largely ignored Britain’s role in the Second World War, in films such as U571 (which had the capture of an Enigma machine being by the Americans rather than the British) and Pearl Harbour (where Americans appear to have won the Battle of Britain). The film’s other targets are Britain’s aristocrats who sought a compromise with Hitler. The movie’s opening shot features Brixham Harbour, and we have Oldway Mansion doubling as Buckingham Palace, along with Cockington as Frothington-on-the-Waddle.

As with the big screen, filming budgets for classic TV series often didn’t stretch to actually visiting the places described in the script. 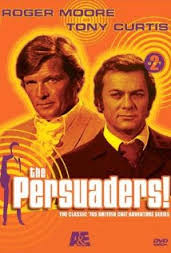 The Persuaders! was a 1971 action-adventure series starring Tony Curtis and Roger Moore. The show needed an American star to appeal to an American audience. Rock Hudson and Glenn Ford turned down the role, while Tony Curtis accepted – and was promptly arrested for possession of cannabis when he flew into England in April 1970 to start filming. The show ended after one season, due to failing to make an impact on US TV. This released Roger Moore to star in the Bond movies. A 1971 episode called Nuisance Value features a scam with the spoilt daughter of a millionaire being abducted. The establishing shots for the location of Hotel Don Juan in Spain are clearly of Torquay. 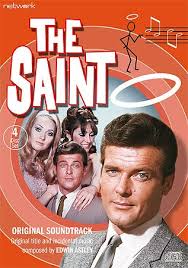 The town also appears in The Saint (1962-1969) which was broadcast in over 60 countries with almost 120 episodes – being only exceeded by The Avengers as the most successful show of its kind produced in the UK. In June 1966 an episode called The Better Mousetrap finds the Saint in the South of France as the chief suspect following a spate of jewellery robberies. Torquay harbourside doubles up for night-time Cannes when Simon Templar is questioned by the French police. The 1968 episode The People Importers finds the Saint fishing off the south coast and coming across a boat-builder smuggling illegal immigrants into the country. The scenes supposedly in a ‘Sussex yacht club’ were filmed in Torquay.

We shouldn’t be surprised at Torbay impersonating the world. Torquay began by copying the French Riviera – our social elite couldn’t travel to their usual pleasure domes in Europe due to Napoleon’s territorial ambitions. We’ve been trying to push this English Rivera idea ever since, as can be seen in this 1968 Pathe News clip:

Decent exposure: The story behind the photo