Update:Police are investigating the cause of the fire and have appealed for information: https://wearesouthdevon.com/police-investigate-hotel-fire/

The fire service were called to a hotel in Torquay just after midnight , this morning, 23rd April.

Initially, three fire engines were mobilised to the fire at the Bancourt hotel and confirmed a fire in the bar area, further appliances from Paignton, Newton Abbot, Totnes, Teignmouth, Bovey Tracey and Brixham also attending to help search for people due to persons being unaccounted for. 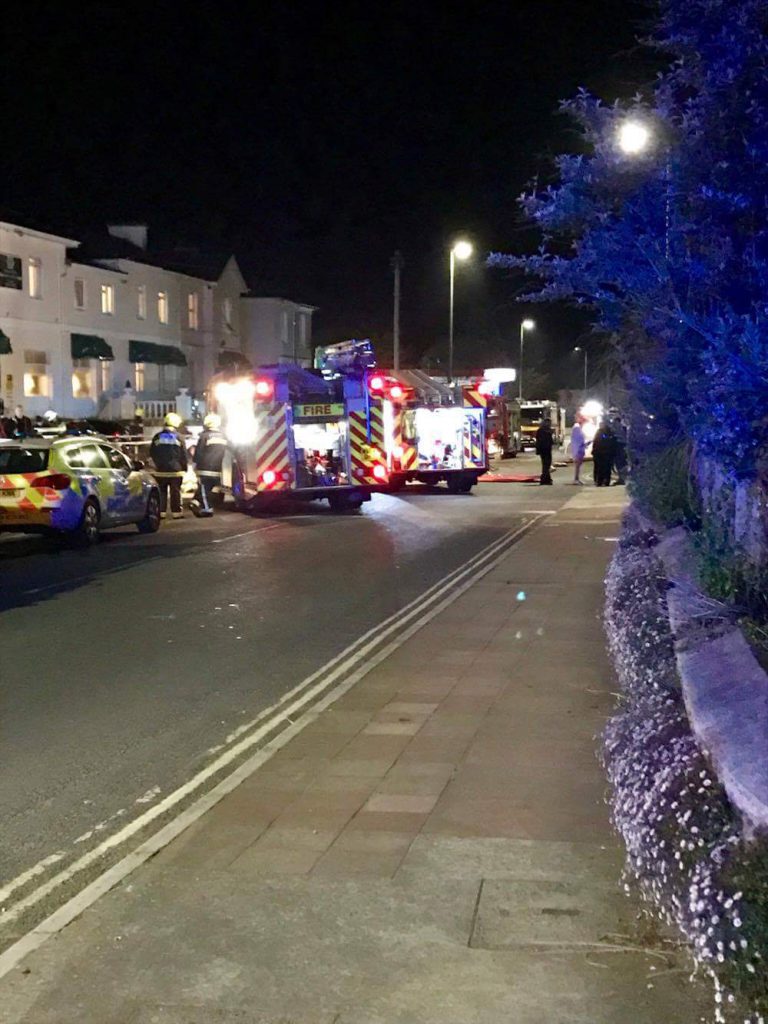 Police closed the road during the incident.

Avenue Road closed at junction of Mill Lane in direction Newton Road due to a fire. Avoid. #police #torquay

A spokesperson for Young Farmers convention, who are currently in Torquay said on their website earlier this morning:

“The National Federation of Young Farmers’ Clubs (NFYFC) is aware of an incident at Bancourt Hotel during our Annual Convention weekend in Torquay.

“We are working with the emergency services to manage the incident and to ensure the safety of our members and the local public.

“The NFYFC has set up an incident telephone line for anyone who is concerned about a family member who is at our Convention. Please call 07495 903 430.

“We will continue to release more information to interested parties as soon as it becomes available,”

All persons were accounted for and there were no injuries. There was significant damage to the bar area and the rest of the hotel was affected by smoke.
The cause is believe to have been deliberate. Police are investigating.