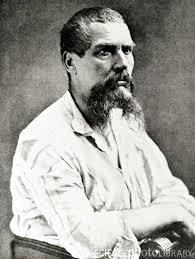 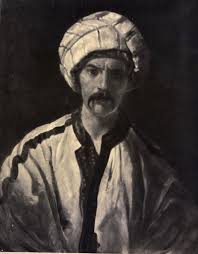 Richard was an explorer known for his travels and explorations in Asia, Africa and the Americas, as well as for his knowledge of other cultures. He also earned the name “Ruffian Dick” for his, “demonic ferocity as a fighter and because he had fought in single combat more enemies than perhaps any other man of his time”. According to one count, he spoke 29 languages – while in the army, he even kept tame monkeys in the hopes of learning their tongue. 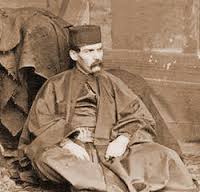 Born in Torquay in 1821, Richard’s father was an army officer and he accompanied his parents on their frequent trips abroad. He was thrown out of Oxford University in 1842 and joined the army of the East India Company. In 1853, taking leave from the company, he undertook a ‘Hajj’ or pilgrimage to Mecca in disguise, and his account of this trip made him famous – Non-Muslims weren’t permitted to enter Mecca and he would have been executed if discovered. 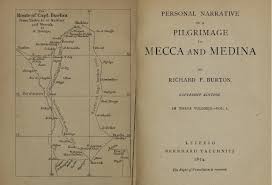 The following year he explored what is now Somalia with a number of other officers, including John Speke. In 1857, Burton and Speke embarked on a Royal Geographical Society funded expedition to explore inland from the east African coast, with the hope of finding the source of the Nile. The journey, however, went badly and when they arrived at Lake Tanganyika, John was almost blind and Richard could hardly walk. Speke travelled on alone and discovered Lake Victoria, which he was convinced was the Nile’s source. Richard disagreed and this contributed to a long and bitter public quarrel between the two men which ended in September 1864 when John Speke (pictured below) died in a shooting which was either suicide or an accident. 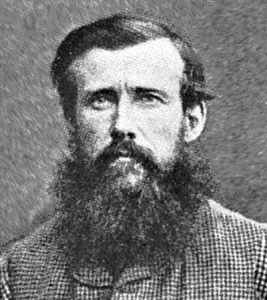 Anyway, back to the naughty bit. Richard was a prolific author, mainly on travel and ethnography. What made him a bit different was that his writings were full of details about the sexual lives of the inhabitants of the areas he travelled through. This interest led him to make measurements of the lengths of the sexual organs of the male inhabitants he met. He also described local sexual techniques, leading many to conclude that he had more than an academic interest in his subjects. 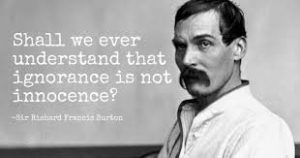 To progress his lifelong fixation with other peoples sex lives, in 1863 Richard co-founded ‘The Anthropological Society of London’ with Dr James Hunt. In Richard’s words, the main aim of the society was, “to supply travellers with an organ that would rescue their observations from the outer darkness of manuscript and print their curious information on social and sexual matters”. Yet, strict Victorian laws on obscene material, backed up by the Obscene Publication Act of 1857 and the ‘Society for the Suppression of Vice’, meant that writers needed to be careful. One way round this censorship was the private circulation of books amongst the members of a society. For this reason, Richard joined with Forster Fitzgerald Arbuthnot to create the ‘Kama Shastra Society’ to print and circulate books that would be illegal to publish for the general public. 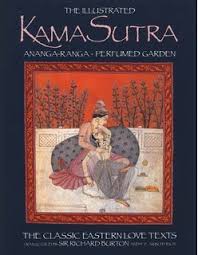 The most famous product of the Society came in 1883 when Richard acted as publisher for the ‘Kama Sutra’, an ancient Indian Hindu text. Only a part of the work consists of practical advice on sexual intercourse, though – it’s really a guide to virtuous living that discusses the nature of love and family life, but that wasn’t presumably the reason why it became so popular, and why it remains so. 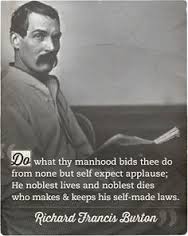 Richard also published a 16 volume edition of the ‘Arabian Nights’ (1885-1888) in a subscribers-only edition of one thousand. This collection of folk tales was compiled in Arabic during the Islamic Golden Age (8th−13th centuries) and stood as the only complete translation until 2008. Again, the stories collected were often sexual and were considered pornography at the time. In particular, a 14,000-word essay entitled ‘Pederasty’ – at the time a synonym for homosexuality – was for many years the most explicit discussion of homosexuality in any language. Incidentally, Richard believed that homosexuality was prevalent in what he called the ‘Sotadic Zone’, which encompassed southern Europe, North Africa, larger areas of Asia, and all of North and South America (illustrated below). We British didn’t go in for that sort of thing, apparently.

Richard died in Trieste on 20 October 1890. He and Isabel are buried in a tomb in the extraordinary shape of a Bedouin tent in Mortlake, southwest London (pictured below). 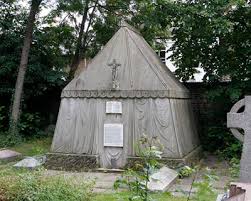 So, while Richard may not have invented sex, he certainly spiced it up a bit for millions of people. 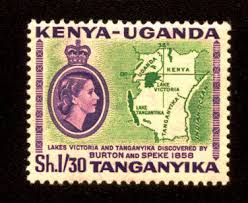 The 1990 movie ‘Mountains of the Moon’ (starring Patrick Bergin as Richard) relates the story of the Burton-Speke exploration and subsequent controversy over the source of the Nile: