Local history can tell us how we got here. A knowledge of the past can also suggest ways to tackle the problems we now have and can expect in the future. Indeed, we may have faced similar challenges in the past, such as during the 1960s where social upheavals saw the emergence of a worldwide youth culture. During the decade many young people rejected the money, power and status that defined the value system of their parents’ generation. The radicalism of the counter-culture hippies saw drugs becoming identified with social change – this spread the recreational use of cannabis and other substances, particularly new semi-synthetics such as LSD. 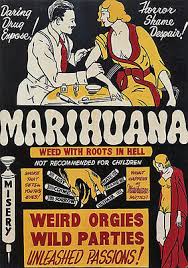 The influence of the Summer of Love in San Francisco in 1967 and the Woodstock Festival in 1969 was recognised around the world… including Torquay. While political beliefs have always divided opinion in Torquay, after the Second World War came divisions based on age and lifestyle. This became known as the Generation Gap which referred to differences between people of a younger generation and their elders.

Such mutual suspicions were particularly acute in towns that attracted large numbers of young people – in September 1964 the President of Torquay Trades Union Council complained that, “I did not think that in the 20th century we would have people who would walk about literally stinking.”The unions went on to condemn, “Bohemians and their unhygienic habit of sleeping rough on the beaches, and lounging on street corners, wearing al fresco attire and no shoes and ganging together to block pavements to pedestrians. The holiday season had always attracted a small number of the begging fraternity… now there were more requests from unshaven shabbily dressed and unwashed gentlemen for the price of a glass of coffee. They sleep under the stars or under carefully-erected Corporation deck chairs, the Beacon Quay car park or on the tow path seats flanking the harbour.” 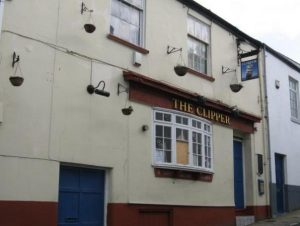 The target of the trades’ union hostility were the beatniks. The original Torquay beatnik pub was The Melville Inn (which then became the Clipper Inn and is now closed), focus of the alternative music and poetry scene – the most famous product of which was Donovan who lived on Abbey Road. After a few years Torquay’s beatniks evolved into the hippies and moved to the Rising Sun on Belgrave Road (which is now DTs and pictured when it was the Old Mill).

The growth of the town’s counter culture was quickly noticed by the authorities. In early 1969 Torbay’s Police issued a statement saying they were keeping an eye on “local hippies” – a Paignton chemist had been burgled and a large amount of drugs was stolen, it was assumed for resale. South Devon’s pub landlords had also been warned to be on the lookout for anyone smoking, “oddly shaped cigarettes”. 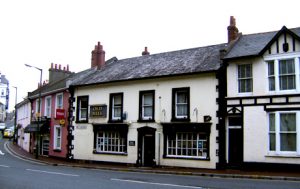 At 9.30pm on April 12, 1969 around 70 members of the Torbay Drugs Squad and other officers conducted a drugs raid on the Rising Sun with a warrant to search anyone. This was the first raid of its kind in Torbay.

Some 17 people were arrested – 16 for possession under the Dangerous Drugs Act and one for wilfully obstructing Police Constable James Copeland. The Police had split into groups, each with the task of entering a different bar in the crowded pub. Using a megaphone, the Police ordered all the men to either put their hands on their heads or lapels and the women to cross their arms. Twenty-year-old John Buchan Smith of Teignmouth Road refused and told the Police: “This is silly… if you want them raised, you can raise them… you can’t mess me about like this. I want to see a higher authority”. He then used ‘bad language’. An Inspector Anderson issued the order, “Take that one out” and an arrest was made.

John denied he refused to be searched and his defence Hamish Turner said he had been given contradictory orders by the police. Though he had no trace of drugs on him, he did have three previous convictions for allowing premises to be used for the smoking of cannabis. The presiding magistrate described refusing to cooperate with the Police as a “serious offence” and John was sentenced to six months imprisonment, suspended for two years.

The conflict between the hippies and the authorities continued. In early 1970 the police told the Torquay Times that the Bay had a small drugs problem among residents, but in the summer this could increase by 60% because of the influx of visitors: “The drug takers are mostly young people coming down here because it is a nice place. There is plenty of accommodation and they can get casual jobs in bars, holiday camps and hotels.” 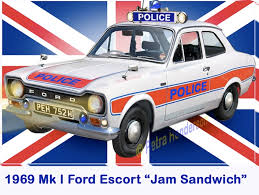 Local hippies had been complaining about the attitude of the authorities to their lifestyle for several years. One ex-hippie remembers: “The drug squad were known as the police gardening club because of their fondness for planting stuff on people.”

Whether this is one of those Torquay urban myths is debateable. Yet, some of Torquay’s police did have a reputation for hostility to those that they saw as troublemakers and who could be easily identified by their appearance. In March 1970 an anonymous 21-year-old spokesman for the town’s resident hippies claimed that the police were harassing them in order to break up their community before the influx of summer visitors. He said his flat had been raided and that police were putting pressure on landlords to turn him and his friends out of their homes. “They are also tightening up on the places where we meet – trying to get them to close down or to refuse to serve us. They are using the stop-and-search powers more. They’ll stop anyone who dresses differently or who has long hair. They’re really leaning on the communities.” He went on to say that he didn’t believe that the ‘drug traffic’ was the real factor motivating the police into making life unpleasant for hippies. “There is a paranoia in Torbay among the establishment about the alternative lifestyle which they don’t understand. They’re frightened of it. It’s not because we’re a threat to anything individually. I mean we just want to get on with things. But I suppose if enough people thought the way we do, we would be a threat to the system.” 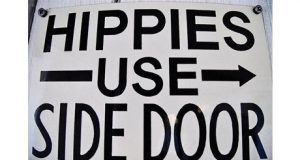 As the sixties ended the mood noticeably changed. In 1972 a 100-strong mob of men and women attacked Torquay police station, throwing bricks and bottles. The chant was “Kill the Pigs!”, and officers were assaulted – one later told the court he thought he was going to die.

Some in the Love Generation were learning to hate.