On August 6, 1945, the world watched as the United States bombed Japan. 80,000 people perished in Hiroshima, followed by another 70,000 victims three days later in Nagasaki. 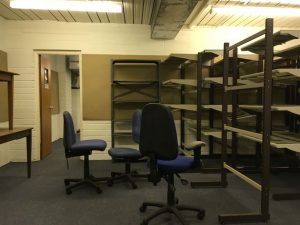 The US government then built a hydrogen bomb 450 times more powerful than the one dropped on Nagasaki- the weapon’s first thermonuclear test being completed in 1952. By the late 1950s the US and the Soviet Union had both acquired an arsenal of nuclear weapons, and by the end of the decade fears of world-wide annihilation had become acute.

Fear of total human extinction were lived every day and for children growing up in the Cold War, Mutually Assured Destruction (MAD) haunted their dreams. Across the world serious preparations were made for nuclear war and hundreds of bunkers were built to give the population a chance of survival if the unthinkable happened. Of course, Torquay wasn’t going to allow (some of) its residents to go unprotected from shock waves, radioactive debris or fallout resulting from a nuclear explosion, so we built a nuclear bunker too. 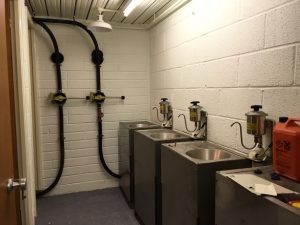 Now it would be a bit idealistic to think that we would build one in the basement of a school so the next generation could survive both blast and aftermath. And so a decision was taken to construct our hidden bunker in the basement of Torquay Magistrates’ Court. As this wouldn’t be an equal opportunities Third World War, the bunker would be a safe bolt hole for councillors and Council staff.

It’s still there. Built as part of the 1960s construction of the court house, the concrete-lined bunker has heavy steel blast doors, designed to absorb the shock wave of a nuclear blast. It has its own ventilation system, two kitchens and toilets- which presumably wouldn’t have cost 30p. 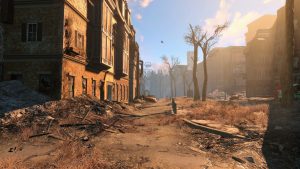 There are a number of rooms for living quarters – now filled with shelving – and it has its own heating and water system. It was expected that inhabitants should have 1-2 gallons per person per day. The bunker has a dedicated escape exit onto Union Street – or what was left of Union Street – for those who could leave after their expected two weeks’ residence.

Of course, the strained relationship between the US and the Soviet Union eased during the late 1960s and 1970s and public worry about nuclear weapons has diminished. However, the old men and their bombs are still out there, so here’s a glimpse of a future from the year 2045: Welcome to Torbaymageddon: