Parks and tourist attractions across the Bay are being used as safe spaces in a unique scheme to help vulnerable people emerge from shielding in a safe and controlled way.

Government support for the most vulnerable people who have been self-isolating since the start of lockdown ended at the beginning of August, but some people are still reluctant to emerge.

Callers to the Torbay Community Helpline have said that although the restrictions have lifted, they would prefer not to return to normal routines until a vaccine is available.

In what is believed to be the only scheme of its type, parks, gardens and some tourist attractions are opening across the Bay, at set times, exclusively for people who are shielding.

Where appropriate the venues are carrying out deep cleans in the hours before opening with stewards on hand to ensure that only vulnerable people and their carers are allowed in.

Community Builders and volunteers have also set up a buddy scheme to accompany those who are worried about leaving their homes for the first time in five months.

Tracey Cabache, Torbay Community Development Trust’s community development manager, said: “From the conversations we are having it is clear that some people do not want to risk going out in public and are afraid to go into shops.

“Having safe spaces in beautiful settings across the Bay will hopefully allow those that want to get out, but want to remain careful, the opportunity do so.

“Others are ready to take those first steps, but would need just a little more confidence, which our buddy system is there to provide.”

Christine Taylor has been shielding with her husband Dennis, 74, who has recovered from several different types of cancer and has yet to venture out of their home in Locarno Avenue, Preston. 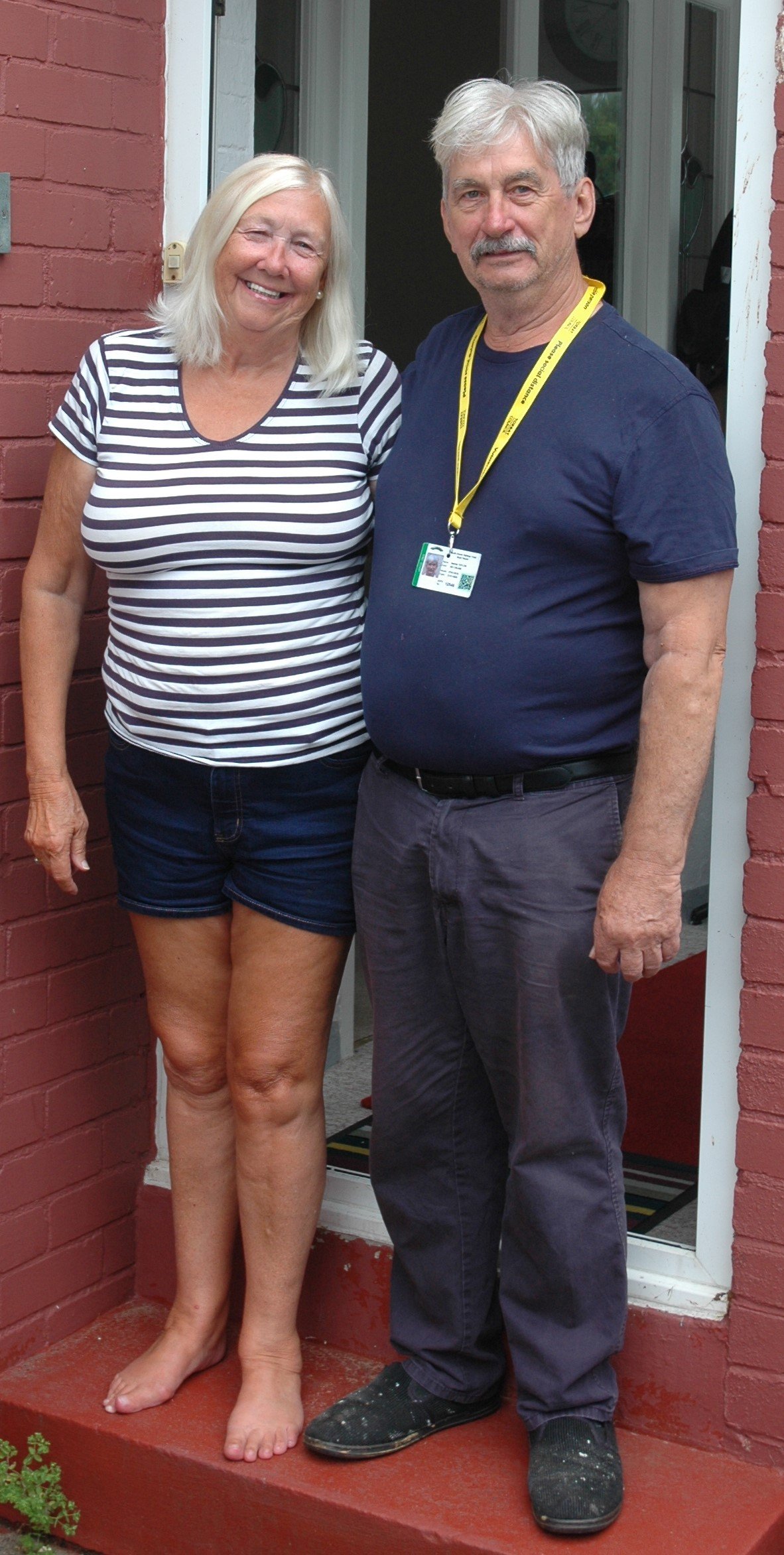 And for her, the opening up of the shielding sites is a major step: “This has come at such a brilliant time, “ said 66-year-old Christine, “we are so excited to think we can go and there will be others there to watch out for us, and everyone will know that we are still shielding.

“We can’t wait to get back to Torre Abbey where we are members, but for obvious reasons have been unable to visit.

“Much more importantly after everything that has happened this scheme tells us that we have not been forgotten. We feel loved and that means so much,” she added.

Another resident of Locarno Avenue, Teresa Panizzi went into lockdown on March 24th and only started to venture out in the last few weeks.

From the beginning of the crisis, her prescription were collected by one of the Torbay Community Coronavrius Helpline volunteers, Steve Tucker and her food was delivered by Louise’s Greengrocers in Preston.

“I was lucky. I have had fabulous people around me, my neighbour Marie Gee was an absolute angel. I have a little garden, and I kept in touch with family and lots of Ageing Well friends by phone and text.

“But I have remained careful, and that is whey these shielding parks are marvellous, an opportunity to get out in the fresh air in a safe way – seeing other people, but remaining socially distant.

“Until now I have avoided the beaches and the parks because they have been too busy, too many tourists, too stressful. But now we know where we can go. We can stay cautious, but enjoy being outside,” she said.

For a full list of the venues and the hours of opening, go to: https://ageingwelltorbay.com/shieldingsites/ or call the Torbay Community Helpline 01803 446022