Less than 12 months has passed since the St.Marychurch & District Community Partnership celebrated the successful refurbishment of the iconic and quaint viewing shelter on Babbacombe Downs but already their hopes of a long lasting, much improved seating area have been dashed.

In recent days, the shelter has been the victim of mindless criminal behaviour. The newly repaired and varnished bench seating has been damaged and a number of the acrylic panels smashed to the point that the remains of them have had to be removed entirely amid safety concerns. 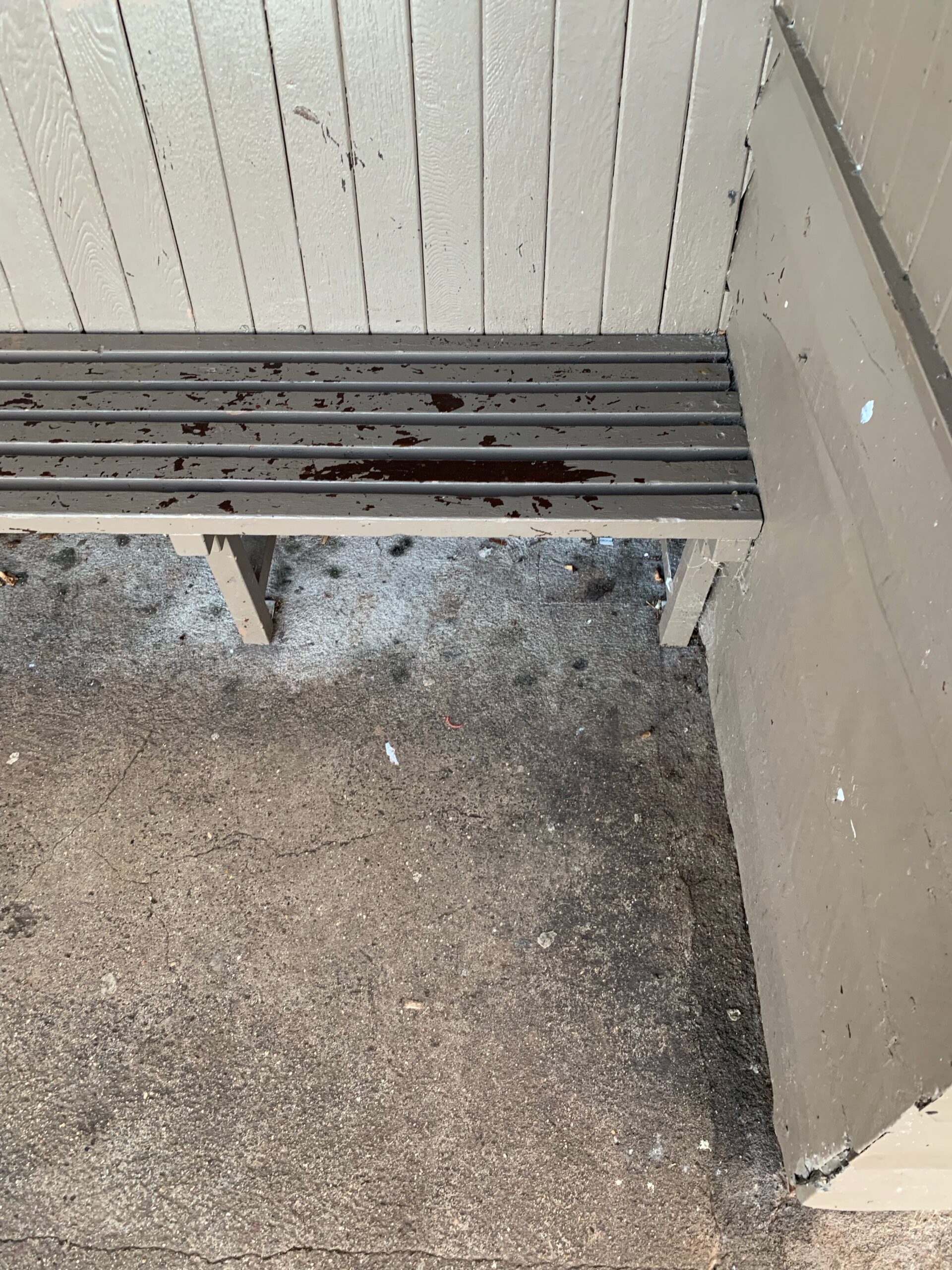 “We are absolutely devastated to see the shelter treated with such a total lack of respect by those who have caused this reckless damage. Just over 6 months ago, we were so proud to have a whole host of volunteers from South Devon College and the local area work together to restore the shelter, it is just so upsetting for all involved”.

This act of vandalism is not an isolated incident as another treasured place in Babbacombe, popular with local residents and visitors to the area, was also the victim of criminal damage last weekend. 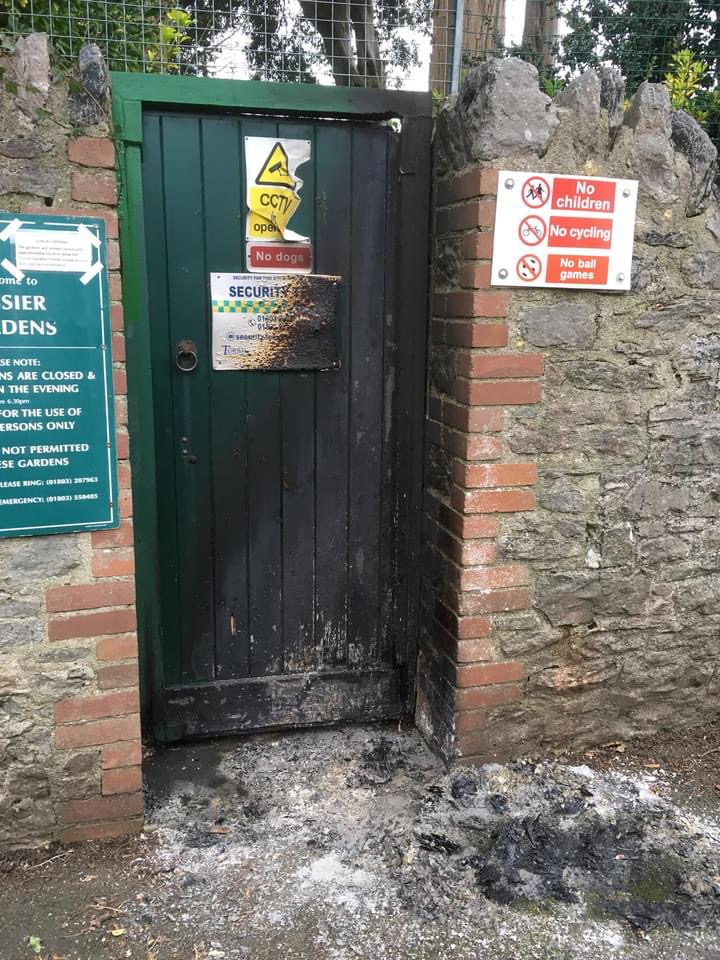 Tessier Gardens has had its fair share of anti social behaviour over the years and at around 5am last Sunday morning the wooden gate used to access the gardens from Furrough Cross was noticed ablaze by a local resident. It was clear that the gate had been set alight intentionally.

This kind of behaviour is both saddening and frustrating to local residents who see Babbacombe Downs and the surrounding area, once recognised nationally as the ‘Jewel in the Crown’ of Torquay and a magnet for the many tourists visiting Torbay, falling victim to these petty but damaging crimes. 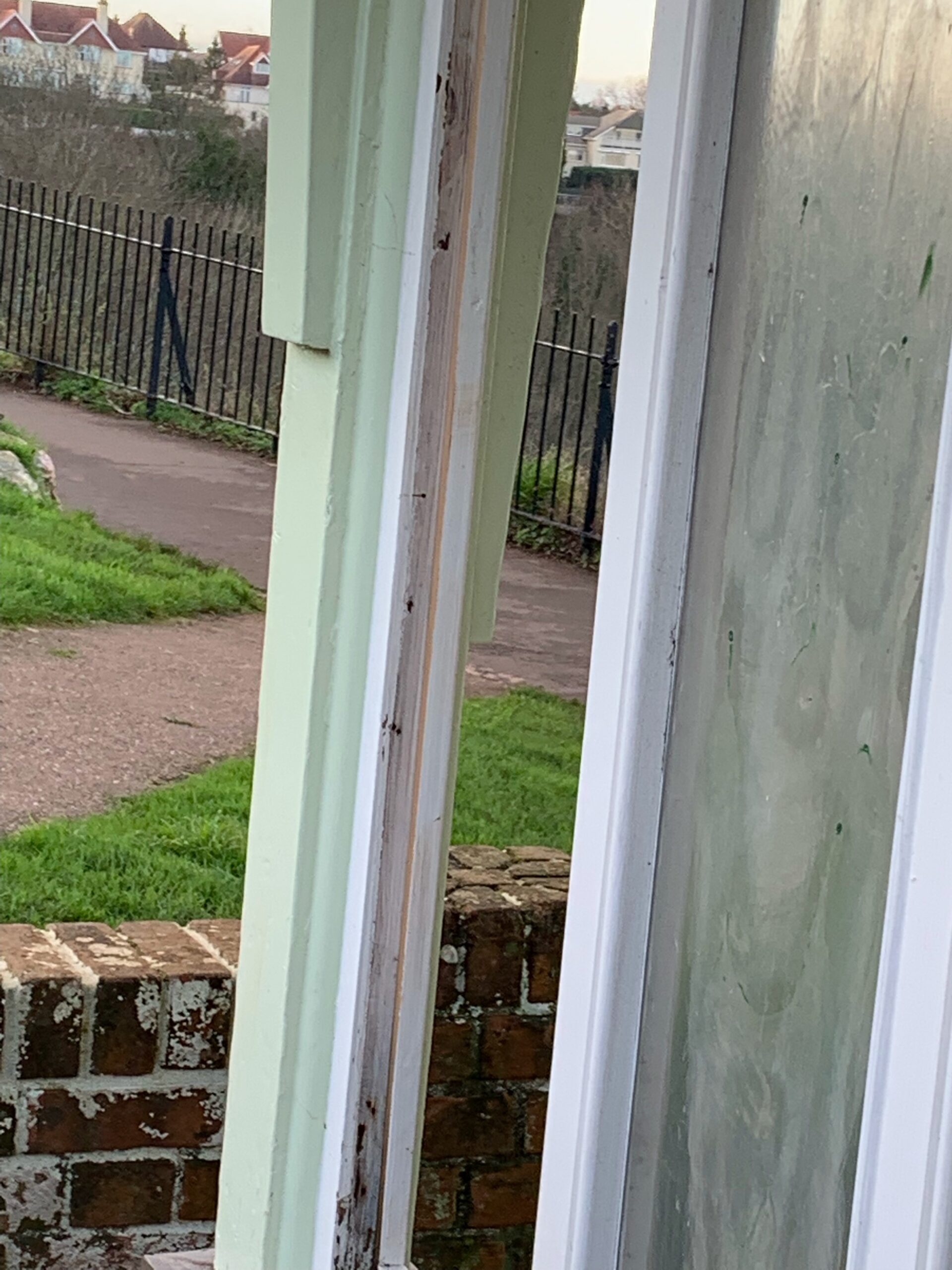 Chris Davies added “ We know that we have the full support of our local community police officer, but the area of her ‘beat’ patch is huge and therefore a continued focus on a particular area of our ward is impossible to manage, leaving those who intend to cause damage and ruin things in our local area to do so at will”.

This well known shelter with views looking out across Lyme Bay was restored and renovated in 2021 using funds awarded by St.Marychurch & District Ward Councillors who are also disappointed to see such vandalism. It is hoped that the repairs needed to restore the shelter once again will be carried out by Torbay Council in the coming weeks before the area sees the return of holidaymakers and visitors to the Babbacombe Downs.

If you are interested in the work of the St. Marychurch & District Community Partnership, you can find out more at their next public meeting on Tuesday 15th February, 7:30pm at the Corinthians Sailing Club in St. Marychurch.