An off-duty Paramedic on scene at Dawlish Warren considered she was in urgent need of Entonox. Coastguard Rescue 187 helicopter from St. Athan was also proceeding and Teignmouth Coastguard Rescue Team were already on the scene.
The casualty was found sitting, leaning back on rocks when the D class lifeboat reached the location, within eight minutes. Crew volunteers assessed the casualty with casualty care cards before administering Entonox. There were no contra-indications and the pain score was 10.

When Rescue 187 arrived, the medic administered morphine and the casualty was then air-lifted to Derriford Hospital. Crew departed casualty at 3.03pm, returned to station at 3.18pm and was ready for service again at 3.30pm.

‘When we arrived on scene, Teignmouth Coastguard Rescue team had already cleared the beach and water around the casualty for us and the helicopter’s arrival. We in turn, were able to get to the casualty quickly and safely and carry the stretcher to the helicopter with the Coastguard team. I would like to thank all the members of the public at Dawlish Warren that afternoon for giving us room to work together, to ensure the best emergency care for the lady.’ 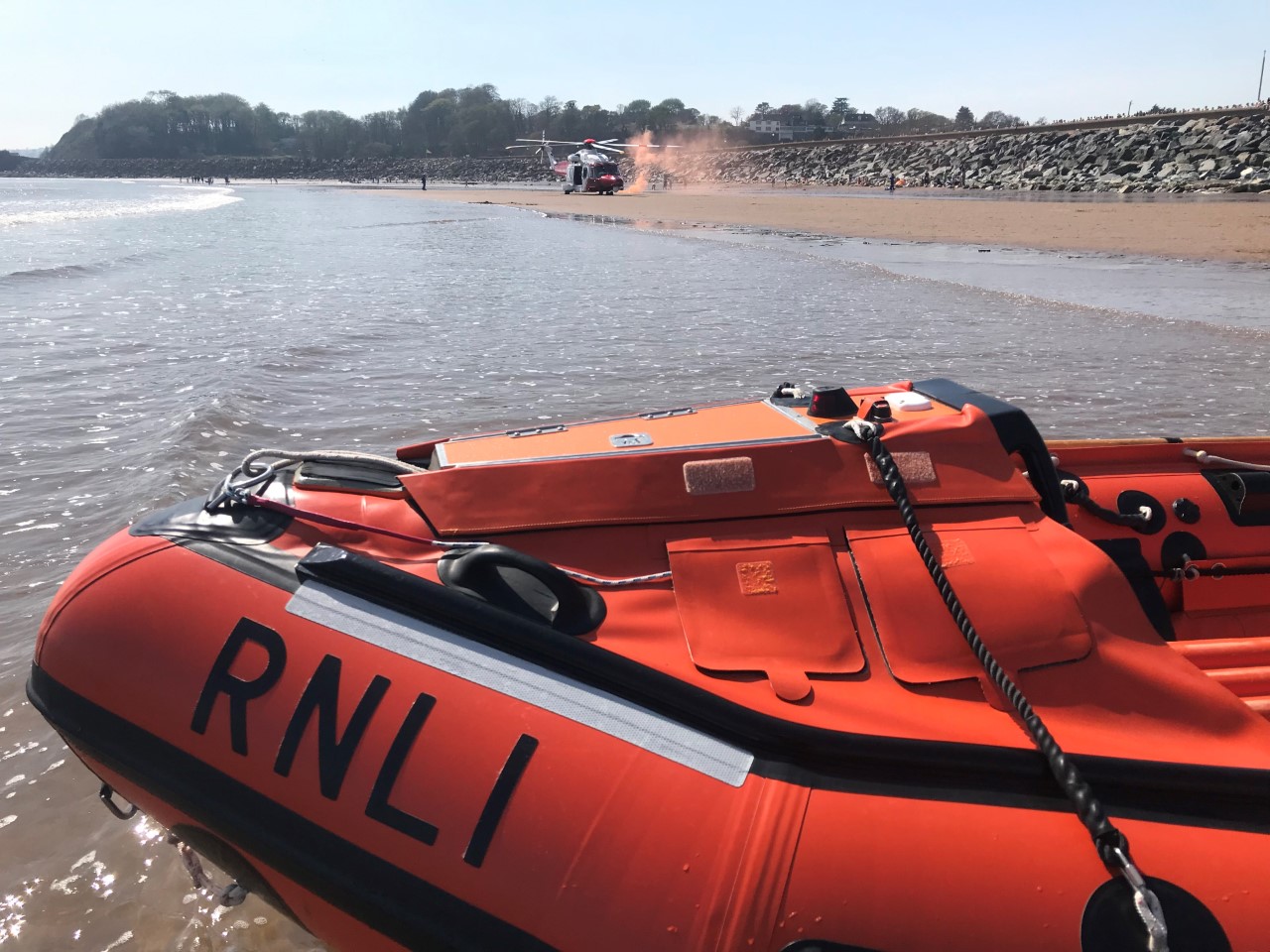 In an email to thank Exmouth’s station volunteers, the casualty’s partner said on Monday:

‘Without the Entonox that you so kindly raced around in your inshore lifeboat and then so skilfully administered, my partner would have been in agony for a lot longer! The team at Plymouth Hospital successfully put her hip back into place on Sunday and we were able to drive back home by the evening.’

Soon after George Bearman II launched, a member of the public requested assistance, as a lady had collapsed opposite Exmouth lifeboat station with chest pain radiating to her back. Three crew members attended, called the Ambulance and were assisting with casualty care assessment when two passing doctors stopped to help. They advised administering Aspirin. The ambulance crew arrived, commenced an ECG assessment and took the casualty to hospital.