The trophies were won at the British Junior Kenpo Championships,  held by 6thDegree Kenpo black belt Matt Snell, of Flaming Fist in Exeter. The competition took place on 15th November.

With children ranging in ages from 5 to 12 entering Sparring, forms [patterns] and K1.50 [patterns] performing at a high standard and with some student’s winning multiple trophies – what a day they had! 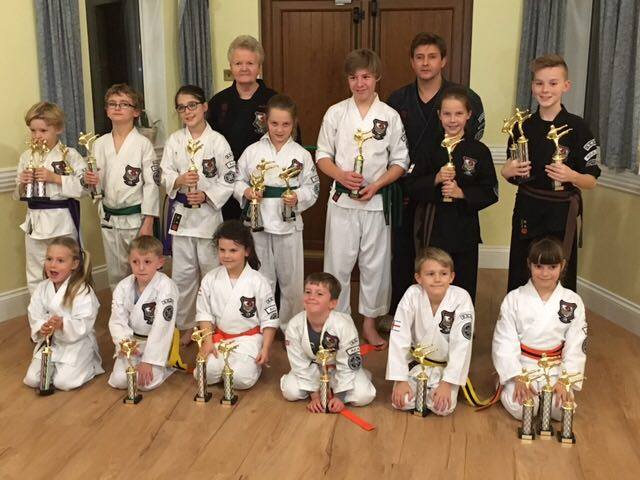 Their Instructor 8th Degree black belt Jaki McVicar says “I am very proud of all of my juniors many were entering a competition for the first time but they took to it like ducks to water! The spirit and camaraderie shown by all competitors at the event shone through. My thanks to Matt Snell and his super team of black belts, my fellow Instructors, Francis Hadley, Paul Poulain, Laurent Zammit , Paul Jackson, Neil Beasley and Steven Smith who work so hard with all the children. In addition I would like to thank all the parents of the children for their continued support in everything we do”.