Katie McCooey-Hall is a 19 year old adolescent who, originally from Brixham, has recently come to the University of Plymouth to study Single Honours English. She wrote this piece to help anybody who is currently struggling with grief and the loss of a close one. Earlier this week marked the first year anniversary since her father’s passing and, growing up, she felt this topic was often unspoken about within society and believes it is important – above all – to be able to openly discuss the subject more freely and help others’ going through very similar situations.
Bio Edited by Gemm O’Connnor @gemmoconnor

“Children see their parents as more than human. A guiding light, their biggest supporter. We don’t seem to develop the concept of them being a person until we begin to reach adolescence ourselves. We take our parents for granted. Or at least, I know I did.”

When I was younger, I wasn’t aware of anyone who had lost a parent at a young age. I think most children are sheltered from thoughts like that, kept in a bubble with only small fragments of reality. If you think about it, who would want to sit a child down and explain to them how life sometimes pans out? As a parent, you would never want to imagine passing before watching your child grow up, so why bring it up to the surface of your mind? But as I grew, it became apparent to me that my little rose-tinted mind was just unaware of something that happens to quite a few people.

I was eighteen when my dad passed away.
It was February 17th 2019, three months before my A-level exams and one day before a school trip to Paris. Most people would have probably stayed at home to spend this time with their family but after hours of discussions with my mum, I decided to still go. I knew that what I needed was a distraction. The staff and students within my sixth form had become my biggest support system and second family over the three year duration I was there. I knew they were who I needed to spend the time with to really help me process what had happened.

Before heading up to school for 4am, nineteen hours after losing a parent, my mum contacted the head of my head of sixth form whilst I messaged a couple of the people I would be spending most of my time with. As much as I didn’t want people to know, because I felt like I was asking for attention, they needed to. Communication is key in a situation like this. People need to know why you may seem a bit cut off, they need to know your boundaries, they need to know if they need to help you. I apprehensively posted a small message on social media so others would know, it needed to be done, but I didn’t want them to be walking on eggshells. The funny thing is, I was the loudest person on the coach that morning. I don’t know why, maybe I was overcompensating. Maybe if I stopped for a moment the emotions would have taken over. I felt like I looked insane, my dad had died the previous morning and there I was laughing and chatting. Some of me felt guilty, I should have been at home grieving but there I was, on the way to Paris, completely disconnecting myself from what had happened. But that is what I needed. You need to listen to yourself, if you need to socialise go and do it, but if life is getting slightly too much; let yourself have a break. You are never prepared for anything like this, you don’t know how you are going to respond, you should never set yourself any expectations.

See, I feel like I was prepared more than others would be. Dad’s passing wasn’t necessarily unexpected, but that doesn’t take away from the fact I lost my number one fan before I left my teenage years. Most people understand what it is like to lose someone and a lot of adults will know how it feels to lose a parent, but it seems like only a few people know how it feels to lose one before having properly started your own life. After losing my dad, I’ve had to process things like knowing he would never see me finish my A-levels, graduate from university or start a job I had spent years talking about. He would no longer be there to walk me down the aisle if I was ever to get married, nor did he ever get the chance to be called grandad. It was difficult to process these things while planning a funeral (choosing songs, looking at old photos and helping to write a speech), sorting finances and preparing for life-shaping exams. There are times you feel no one will understand you. You convince yourself that yes, they know you are grieving but they don’t really know how to help because they have never had this experience.  But more people know how it feels than you realise, they will always be there to support you. Even if you don’t know anyone who has been through something similar, there will always be people there to help, you are never alone. It is inevitable that at times it will suck, it will be difficult, but it is possible. I managed it and here I am, at the University of Plymouth studying a subject I love, preparing for a future I have dreamt of. Yes, there is and will always be a piece missing but I will never allow that to stop me and neither should you. I know it’s cliché but they would want you to be happy, keep living the life they would love for you to have.

Grief is a funny thing, it is different for everyone but one thing that stays the same is that it comes and goes. I guess you could compare it to the ocean – some days it’s calm and on other days the waves are uncontrollable. You just need to allow yourself to ride them, let your mind have its moments. No one knows how it will impact them. Whether you are a young person or an adult, you should never feel like you need to keep the grief locked away, let your emotions out.  For some people it may take around two years to grieve and be at peace, for others even more, so make sure to give yourself time and surround yourself with the people you love. I am one year into this new journey and I must admit, there are days where it is still a struggle, but it is bearable. It may not feel like it now, but we grow around the hole that has been left behind. Things will get better and life will become normal, I promise.
Written by Guest-Blogger Katie McCooey-Hall 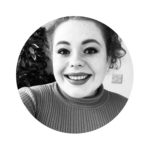 If you are struggling with a bereavement, you can call the Samaritans, anytime on any phone on 116 123.

My name is Francesca Lawrence and I am a collage artist. I took up the art during the first Covid19 lockdown in 2020, and have been collaging ever since. I focus on cut-paper analogue collage and als…

If you have ever been to the Torquay Argos store you might remember seeing Charles. As well as being a store assistant, Charles was also the Torquay Charity rep, helping the store to raise thousands o…

On Saturday 17th July I will be skydiving from 15,000 feet – all in aid of raising much needed funds for two mental health charities: Andy’s Man Club and the Women’s Wellbeing Club. When lockdown was…