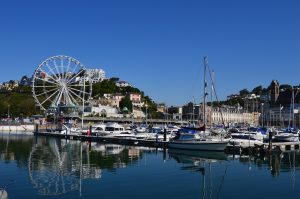 I think few people would disagree that these are interesting times in UK politics.

Well, one group is hoping to break the mould locally in next week’s Torbay council elections, too.

The Torbay Independents – motto, ‘Putting People Before Politics’ – are passionate, they say, about change and, in particular, about giving us an alternative to the ‘infighting that has dogged local politics for such a long time’.

They believe, they add, in compromise rather than confrontation, working together and making decisions collectively rather than toeing party lines.

They believe, too, that it’s vital to represent the feelings of the community and not what they call ‘the voice of the politicians.’

As one of their leaflets put it, ‘An independent is a person who refuses to be told by someone else how they must vote on an issue: they are committed to the best interest of their electors.’

Those of us who are tired of watching our MPs baying at each other across the House of Commons and mouthing only the platitudes they’re told to mouth by their leaders (and never, as a result, actually answering questions) would be disappointed, the Independents say, to hear that it’s much the same in our council chambers. That’s something they really want to change.

To find out more, you can visit the website www.torbayindependents.co.uk, and there’ll be chance to talk to them in downtown Torquay tomorrow!