Update: no one inside. More here –
https://wearesouthdevon.com/fire-service-confirm-no-one-inside-rainbow-funhouse-fire/

Firefighters are tackling a major blaze at the old Rainbow Funhouse in Torquay this afternoon, Thursday 14th February.

Fire crews, Police and ambulance crews are at the scene at Torwood Garden Road.

The area has been cordoned off by fire crews. 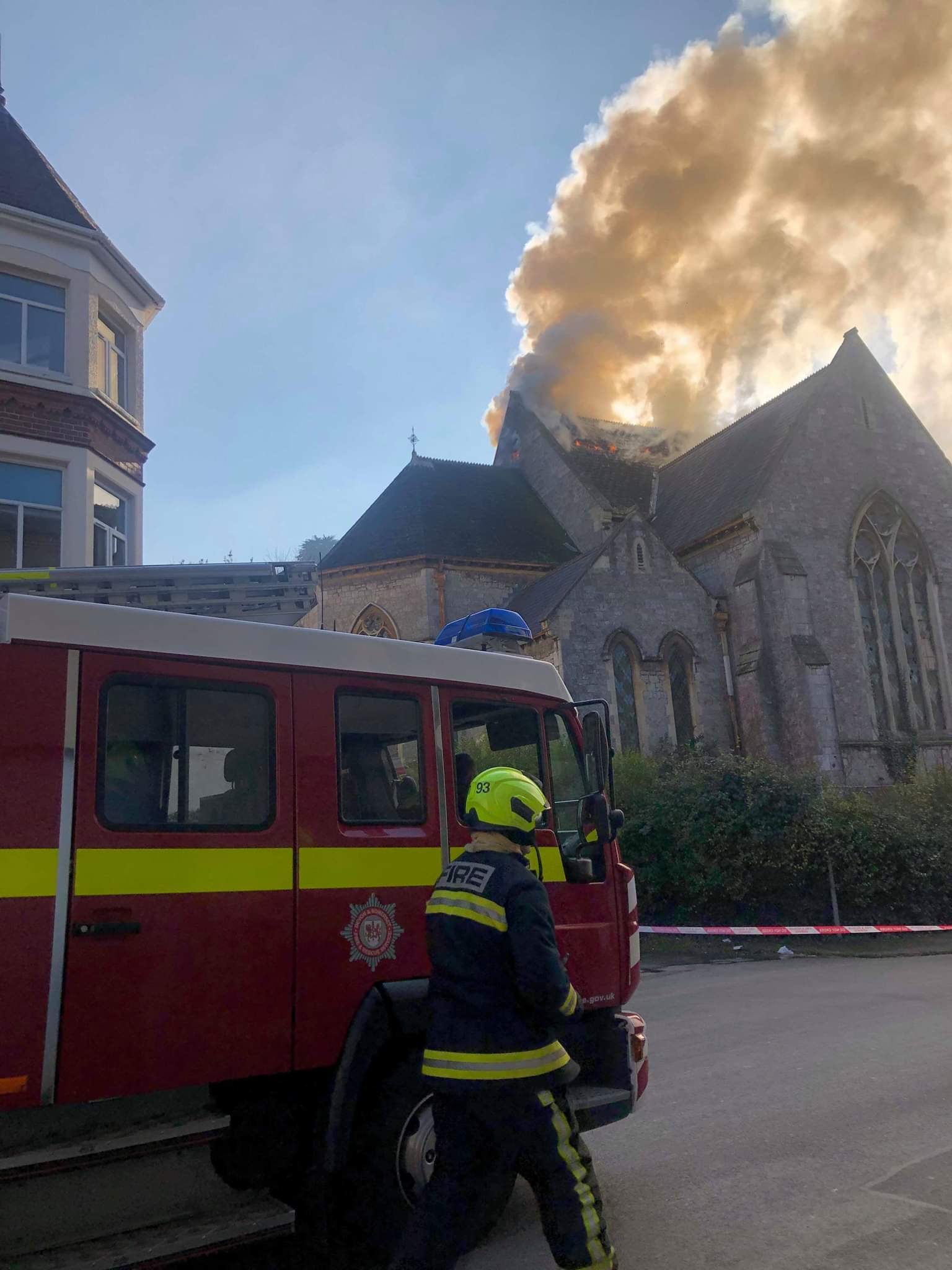 Fire appliances from Newton Abbot, Paignton, Teignmouth and Newton Abbot along with a command support vehicle from Totnes and an Aerial Ladder Platform from Danes Castle are at the scene.

A spokesman for Devon and Somerset Fire and Rescue service said: “It is currently unknown whether any people are inside the building but the fire is involving the first floor and the roof space. Crews are using hose reel jets and main jets fighting the fire,”