It has been announced this morning that Radio 1’s big weekend will be coming to Devon this year.

The event, which is the biggest free ticketed event in Europe will held at Powderham Castle on 28 and 29 May.

Coldplay, Bring Me The Horizon, Ellie Goulding, Craig David and Chase & Status have already been announced with more to be announced soon. 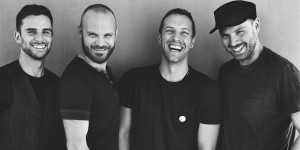 Coldplay will be performing at the event

Ticket details will be revealed on 21 March, with the majority going to local people.

The event is expected to see around 50,000 people attend.

Since 2003, the event has travelled around the UK to cities and towns including Derry, Glasgow, Bangor, Sunderland, Maidstone and Dundee.

For more community news and info, join us on Facebook: We Are South Devon or Twitter: @wearesouthdevon
or return to the Homepage.