“There’s something in the trees!”

Here at WASD we like movies made locally in places we can recognise. It’s therefore nice to see a new horror movie made on Dartmoor. This is ‘The Unfolding’ made in 2015 and released under the ‘FrightFest Presents’ banner by Icon Film Distribution and presented at the horror fantasy film festival FrightFest. It’s recently been showing up on the Horror Channel. 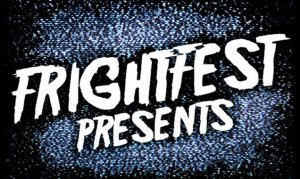 At 90 minutes, and rated 15R, ‘The Unfolding’ is basically a haunted house horror film written, produced and directed by Eugene McGing – think a British Paranormal Activity set on Dartmoor and you won’t be far wrong. 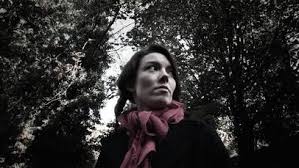 Here’s the plot: Tam (Lachlan Nieboer) and his girlfriend Rose (Lisa Kerr) are driving across Dartmoor to stay in a centuries old house where Tam hopes to obtain evidence of paranormal goings-on – he’s doing some kind of PhD.

This beginning is probably the best part of the movie. It’s set in the near future of October 2016. Our couple leave their car to wander around Hound Tor (pictured above) and there is a weird Dartmoor scene with something out there in the mist – proving hand-held cameras can be effective. They even talk about eventually moving to Dartmoor. Throughout the movie the cast listen to frightening news on the radio – Britain is on the brink of nuclear war and nowhere is safe. They assure each other that everything “Will be alright in the end” – we know it won’t be. In a nice touch, one character later assures them, “with everything going on in the world, this house is probably the safest place to be” (which is debatable). 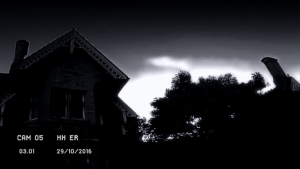 Then they arrive and sadly the clichés set in. Once set up in the allegedly haunted house the couple realise that they might be out of their depth and enlist the help of their professor (Robert Daws) and his medium friend (Kitty McGeever) to try and rid the house, and themselves, of an entity.

There are the expected tropes: despite numerous cameras, poltergeist vandalism is unfilmed; loud bangs in the night; nasty things in the basement; “a presence” being felt; cameras getting knocked over; a baby screaming; an unexpected visitor; a séance. All pretty scary if we hadn’t seen the same things many times before. 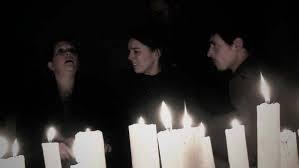 The film is, in fact, a good reminder of those that have gone before: visiting lady medium (Poltergeist); bleeding walls and loud noises in the night (Amityville); something behind the door (The Haunting); something in the cellar (Amityville); evil patriarchal spirit entity (Legend of Hell House); found footage running around in the dark (Blair Witch); “We’ve sorted the problem so everything’s going to be all right” (Poltergeist, Paranormal Activity); a séance (the Uninvited).

As one more reference – this must have been deliberate? – Arnold Schwarzenegger was also told that, “There’s something in the trees!” in the alien versus humans movie ‘Predator’ back in 1987. 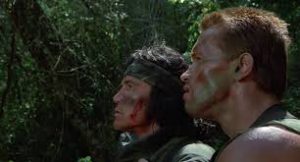 Incidentally, the whole ‘sceptical scientists investigate a hunting’ genre was started by Torquay author Lord Lytton way back in In 1859 when he wrote his novelette, ‘The Haunted and the Haunters or The House and the Brain’.

Spoiler alert: it all does end badly with what looks like a nuclear bomb going off in Newton Abbot.

All in all a good effort, well acted on a tight budget, and certainly worth catching. Here’s ‘The Unfolding’ trailer: